Here’s When Carrie Underwood’s Baby May Be Due

By Jennifer Pernicano on October 1, 2018
Advertisement 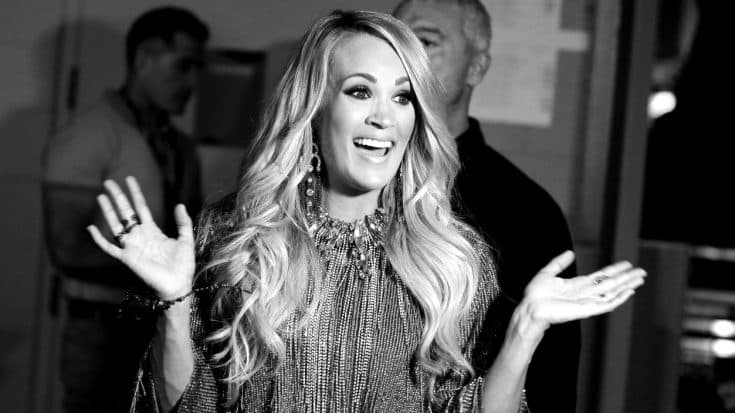 Carrie Underwood stunned fans at the beginning of August when she announced that she would be going on tour in May 2019. Not only did she reveal that huge news, she also dropped a bombshell – she’s pregnant with baby number two!

“Ooh baby do we have a bundle of info to share with you!” she captioned her video message. “You might be wondering ‘Carrie, why is your tour starting in May?’”

The camera panned out and revealed balloons behind her that spelled out “BABY”!

“Wellllll….YAY! Mike and Isaiah and I are absolutely over the moon and excited to be adding another little fish to our pond! This has just been a dream come true with the album and baby news and all that stuff,” she said excitedly.

Since the big reveal, the singer has yet to say when she is actually due, or what the gender is – although Ellen DeGeneres did try really hard to get it out of her!

Because she didn’t announce her due date, or even the month she is due, it’s up to us to try and crack this case – so we went back into the social media archives from when she was pregnant the first time. Underwood announced her first pregnancy on September 1, 2014 with some help from her furry friends, Ace and Penny – who were each wearing a “Big Brother” and “Big Sister” outfits.

“In honor of ‘Labor’ day…Ace & Penny would like to make an announcement,” she captioned the social media photo.

So exciting! "@carrieunderwood: In honor of "Labor" Day…Ace & Penny would like to make an announcement. pic.twitter.com/dDTgGUFBKQ"

Her son, Isaiah Michael Fisher, was born on February 27, 2015 – and she made another social media announcement after she and her husband welcomed him to the world.

Tiny hands and tiny feet…God has blessed us with an amazing gift! Isaiah Michael Fisher – born on February 27. Welcome to the world, sweet angel!

Based on her previous timeline of her first pregnancy, we can guesstimate that with her August 8 announcement, she is due about a month and a week or so before Isaiah’s birthday. Meaning, Baby Fisher #2 could be expected to arrive mid-late January, which is much sooner than we initially thought!

This would give her plenty of time to recover and get used to being a mom of two before hitting the road on her Cry Pretty Tour 360 on May 1.

She has been plenty busy lately promoting her Cry Pretty album and her new single “Love Wins,” and we’re sure the preparations for hosting the CMA Awards in November have begun as well. Perhaps she will reveal the gender again this time around!

Watch her television debut performance of “Love Wins” on The Tonight Show in the video below.