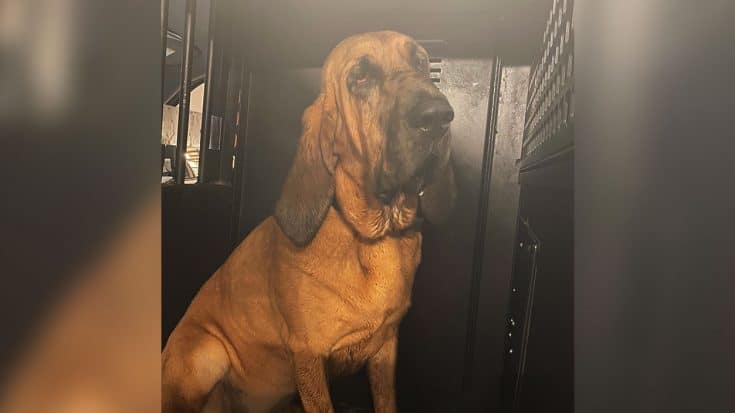 On the night of July 6, 2021, as many were bracing for Tropical Storm Elsa, one Florida family had other concerns – their 12-year-old daughter had been reported missing and endangered.

As the storm raged all throughout the night making it impossible to locate the girl, the family reached out to the Lee County Sheriff’s Office.  The sheriff’s office deployed K-9 Mercy, a female bloodhound, and her handler, Deputy Travis Jelly

Since its arrival in the continental United States on Wednesday, the storm, which was briefly classified as a hurricane as it passed over Cuba, has killed one person in Jacksonville, Florida, injured dozens, caused floods, felled trees, and left more than 25,000 Floridians without power.

One of the office’s public information officers told Newsweek that the girl had been reported missing earlier that week. The K-9 Mercy was given an article of clothing from the young girl and immediately began tracking.

According to a Facebook post from the sheriff’s office, Mercy tracked the little girl’s scent for more than half a mile through thick woods.

Mercy located the girl who was rescued and returned safely to her family.

Watch the video below to see a survey of the damage left by the storm.