By Manly Bryant on August 26, 2021
Advertisement 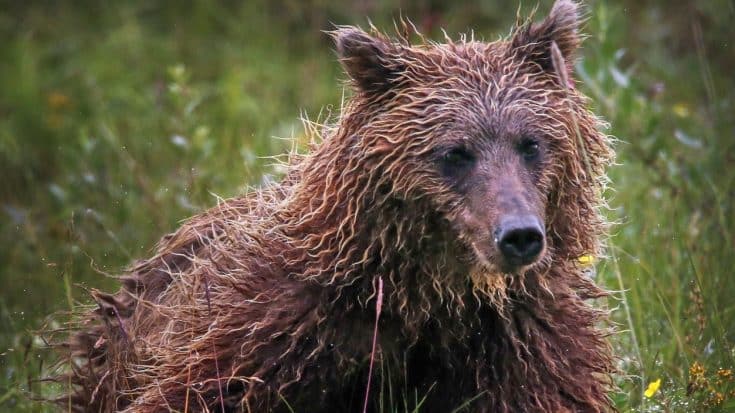 A wild and crazy scenario happened at the Denali National Park after an Indiana man was attacked by a grizzly bear with her cubs.

The man was attacked but was able to spray the bear with bear spray and walk 1.5 miles to receive medical assistance.

According to Fox News, the hiker was walking along a trail in a foggy forest when the mother bear and her cubs suddenly charged towards him. They were about 100 feet away when the bears spotted him and they were on him within seconds.

The mother bear smacked the man to the ground and inflicted puncture wounds to his calf, ribs, and shoulder before he was able to pull out bear spray and get the animal to run away.

After the attack, the hiker walked 1.5 miles to a visitors center where he met medical professionals who happened to be on vacation and performed first aid on him.

They also called an ambulance that came and transported him to a hospital where doctors said that he was in stable condition.

Denali National Park said that the bear attack was the first bear attack reported in the area since 2016. Wildlife officers added that there are no plans to locate the bear because there is no indication this bear is “unusually dangerous.”

“Female bears with cubs are naturally defensive of their young, especially when surprised,” the park said in a statement.

Below is a video example of a man using bear spray on one of the animals who go too close. Check it out.