By Manly Bryant on September 19, 2018
Advertisement 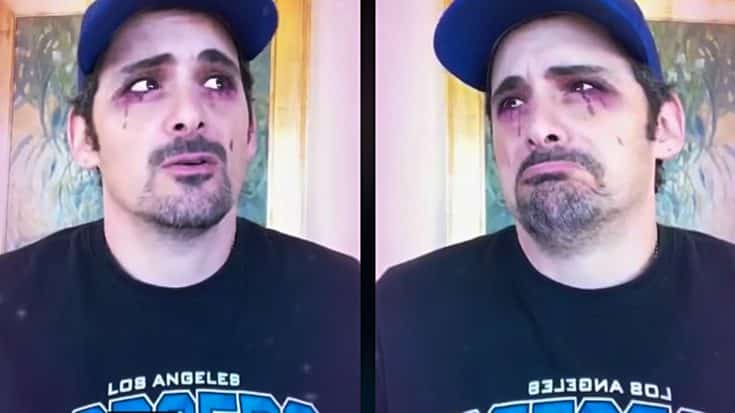 One of the funniest and most down-to-earth country singers ever is showing his humorous side once again as he pokes fun at Carrie Underwood‘s latest promo – the “Cry Pretty Challenge.”

Not only is the hysterical video scoring endless views and laughs from fans, but it also caught the eye of Underwood and had her in fits of laughter, too!

You guys!! The wait is over! I’m so proud of this album and am so excited to finally get to share it with you. I hope you love it as much as I do! ???? strm.to/CryPrettyAlbum

Since the release of her first single from the album of the same name, Cry Pretty, a lot of Carrie Underwood’s marketing and promo photos have involved varying takes on her now-signature “glitter tears” that dominated social media after the song’s release.

I recreated my Cry Pretty cover makeup for @pandora, where you can hear the whole album on-demand now! http://strm.to/CryPrettyPandora

Now, after working with famous social media app Snapchat, Underwood has debuted her own “glitter tears” filter that’s an interactive overlay when you’re using the app. You can record videos, take photos, and even sing along to music with the filter working!

#CryPretty Glitter tears are available on Snapchat! Get yours now by scanning the Snapcode

Taking a peek at this newfangled technology from his friend and longtime co-host, Brad Paisley decided to poke a little fun at Underwood and her song by showing off just how “pretty” he can actually cry!

“Can’t cry pretty?” he says, referencing the song’s lyrics in his Instagram post. “We’ll just see about that!”

In the video, Paisley’s wearing an LA Dodgers shirt and a baseball tee while he lipsyncs along to her hit single and these ultra-realistic glitter tears stream down his face.

After seeing this hysterical video, Underwood re-shared his own video in a fit of laughter and responded to him in the perfect way possible!

Can’t cry pretty? We’ll just see about that. I beg to differ – @carrieunderwood … I can #crypretty