Hillary Scott Joins Carly Pearce To Sing “Does He Love You”

By Miranda Raye on September 8, 2021
Advertisement 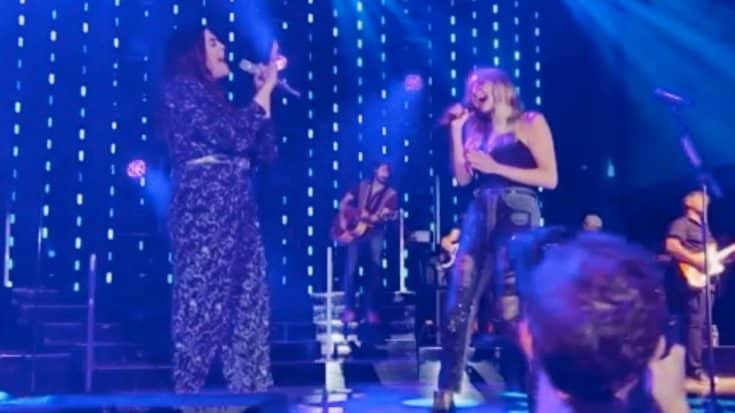 Lady A’s Hillary Scott enlisted the help of a friend for a full circle moment during a recent concert.

For those who don’t know, Hillary is the daughter of country singer Linda Davis. Linda is perhaps best known as Reba McEntire‘s duet partner on the iconic song “Does He Love You.” The track, which was released in 1993, was a #1 hit on the Hot Country Songs chart.

“Does He Love You” was so influential, it went on to win the Grammy Award for Best Country Vocal Collaboration. It also won the CMA Award for Vocal Event of the Year.

During a show in Columbus, Ohio on September 4, 2021, Hillary had her tourmate Carly Pearce join her on stage. Together, they performed Reba and Linda’s unforgettable duet.

Carly gushed about their performance on Instagram. Alongside a photo of her and Hillary on stage, she wrote, “Got to sing the iconic ‘Does He Love You’ with this beauty last night & it made all my 90s country dreams come true.”

As you would expect, the duo’s performance was spectacular. But it was made all the more epic because they sang in the middle of the pouring rain.

One video of Hillary and Carly’s duet shows how they didn’t let the downpour stop them from delivering a powerful performance. Check out the video of them singing below!