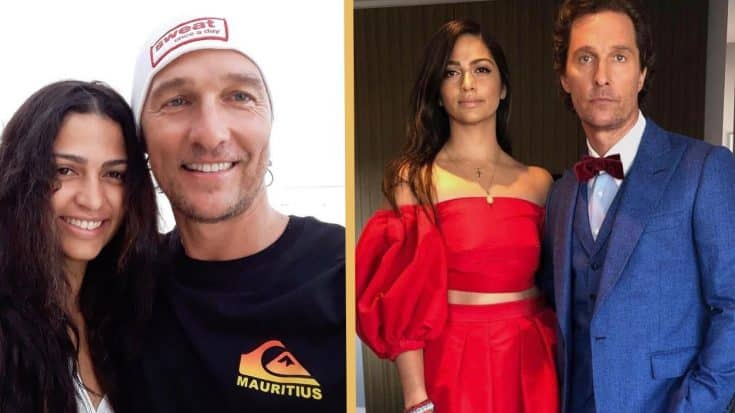 Texas native Matthew McConaughey is beloved on the silver screen, and fans love the story of his romance with his wife of 11 years – Camila Alves.

The first time they met, McConaughey happened to be out at a club on Sunset Boulevard with friend (and fellow Texas native) Lance Armstrong. That’s when he spotted his future wife.

According to McConaughey, after several failed attempts to get the attention of Alves, he came to a realization…

McConaughey recalled his thoughts to E! News: “This isn’t the kind of woman you call over across the room, McConaughey, get your ass out of the chair and go get her.”

So, that’s exactly what he did.

McConaughey asked Alves to come home with him that night and offered his guest room. He tried to sneak down to her room a couple of times, but she repeatedly kicked him out.

A few days later, McConaughey and Alves had their first official date. He prepared dinner for Alves at his Malibu bachelor pad, and ever since – the two have been totally inseparable!

The happy couple moved to Austin to raise their children, and eventually tied the knot after six years together. Of their wedding, McConaughey said, “We decided to embrace the ritual of marriage as an opportunity and adventure we’ll take together.”

Listen to Matthew describe the first night he met the woman of his dreams in the video below.