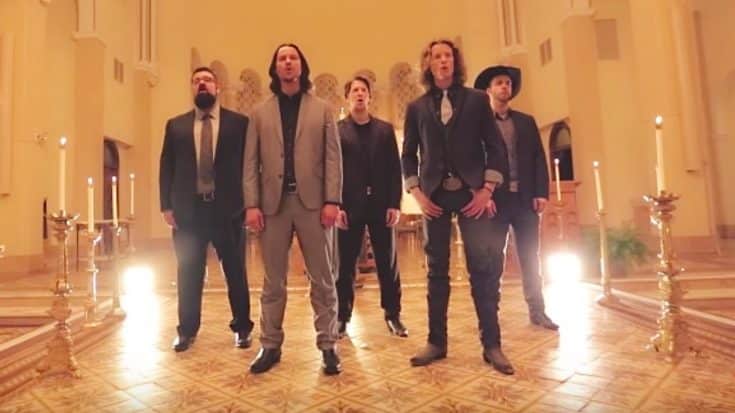 One Of The World’s Best A Cappella Groups

The world knew there was something special about country a capella group Home Free since they competed on The Sing-Off in 2013.

Since then, the group’s YouTube videos have earned millions upon millions of views.

In addition to singing some original songs, Home Free is known for their covers of popular country and pop songs of the past and present. They’ve also recorded their fair share of Christmas tunes.

Called Full of (Even More) Cheer, the group’s second Christmas album contained what were then two new tracks from the group.

The first was their cover of the Zac Brown Band‘s “Colder Weather,” and the second was their magnificent rendition of “How Great Thou Art.”

The album also contained updated versions of Christmas songs the group recorded for their first holiday record. They decided to record these tracks again to feature the vocal talent of their newest member, Adam Chance.

One of those songs is the Christmas carol “O Holy Night,” which tells the story of the night Jesus was born.

Back in the group’s original 2014 recording, bass singer Tim Foust takes command over the lead on the first portion of the song. Then, lead tenor Austin Brown brings the whole thing home with a soaring finish that is sure to give you goosebumps when you hear it.

We’ve heard so many versions of “O Holy Night” before, but this has to be one of the best.

If you don’t watch the video below of Home Free singing this Christmas classic, then you’re really missing out.