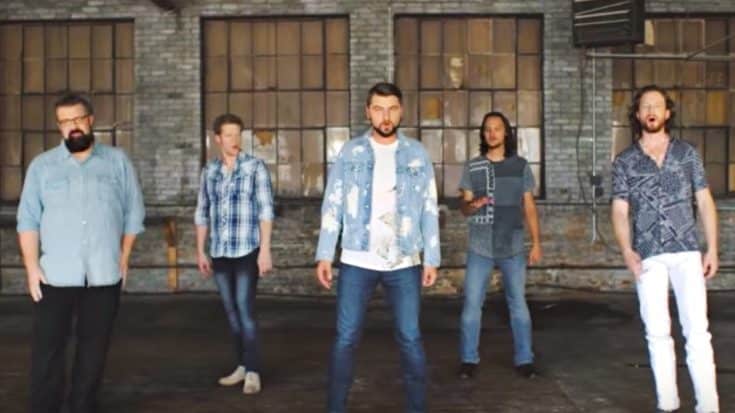 In November 2017, Keith Urban released a new single that struck a powerful chord with all who listened. Titled “Female,” the song served as an anthem of empowerment for women while also dismissing sexism.

“Female” emerged in the wake of the #MeToo movement in the entertainment industry, as celebrities started to speak up about the harassment they had faced throughout their careers.

Thanks to a high-profile performance of the song at the CMA Awards the same day as its release, “Female” enjoyed great chart success. It reached the 11th spot on the Hot Country Songs chart and the 12th on the Country Airplay chart, while also claiming the 69th spot on the all-genre Billboard Hot 100.

Months later, another country star also experienced chart success with his own song that celebrates women. That country star is Dierks Bentley, and that song is “Woman, Amen,” which he released in January 2018.

Co-written by Bentley, the song was inspired by his wife, Cassidy Black. That personal element allowed Bentley to deliver one of his most passionate performances ever, which fans seemed to appreciate.

“Woman, Amen” shot to the top sot on the Country Airplay chart and experienced even greater crossover success than Urban’s “Female.” It took the 53rd spot on the Billboard Hot 100 chart, and is one of the hottest hits of the summer.

After watching Bentley perform “Woman, Amen” at the ACM Awards in April, country a cappella group Home Free felt inspired to put together their own arrangement of the song. But The Sing-Off champions didn’t end there. They decided to blend “Woman, Amen” with Urban’s “Female” to create a female empowerment mashup:

“We were inspired to do a mash-up after we saw Dierks perform ‘Woman, Amen’ at the ACM Awards,” bass singer Tim Foust told Sounds Like Nashville. “‘Female’ was so striking to us when Keith debuted it at the CMAs, and we couldn’t resist blending these two songs that celebrate not only the incredible women in our life, but around the world.”

The majority of Home Free’s arrangement is taken up by “Women, Amen,” while lead tenor Austin Brown weaves the chorus of “Female” in at a couple of moments toward the end. The two songs blend perfectly, which you’ll be able to hear once you watch Home Free’s music video for the mashup below.

Everyone in Home Free deserves a round of applause for this performance, because it’s pretty awe-inspiring!