By Jennifer Pernicano on July 1, 2021
Advertisement 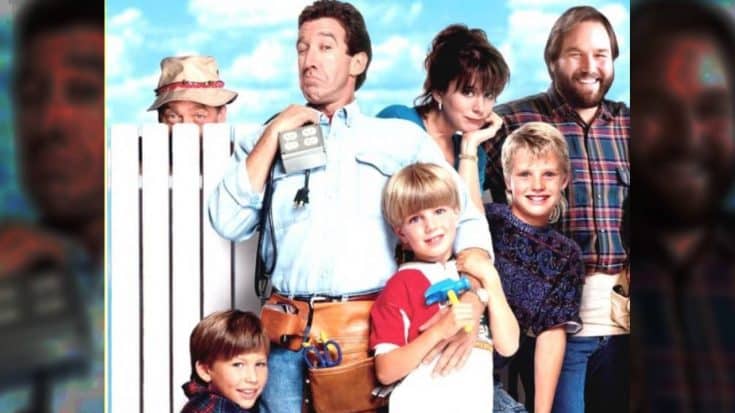 From 1991-1998, actor Jonathan Taylor Thomas played Tim Allen’s middle son, Randy, in the hit sitcom Home Improvement. The young actor was barely ten years old when the show premiered. Just a few years later, he voiced young Simba in the Disney movie The Lion King. The two roles catapulted him to superstardom and he became a teen heartthrob.

having bangs means at one point when they grow out you’ll have what I can only describe as ‘Jonathan Taylor Thomas at the height of the 90s’ hair pic.twitter.com/ONbts02UHZ

Thomas left Home Improvement in the middle of the final season after 177 episodes, while the show ran a total of 202 episodes, to focus on his schooling and eventually attended Harvard University.

Since his departure from the Tim Allen-led comedy, he hasn’t worked in Hollywood all that much besides making a few guest appearances on television shows here and there. One of those guest appearances was on his former TV dad’s sitcom Last Man Standing, where he played an old co-worker-turned boss of Allen’s daughter Kristin for three episodes.

He later played the son of his former Home Improvement mom Patricia Richardson on a 2015 episode.

Thomas also directed three episodes of Last Man Standing, but that is the last time he was in “show business.”

In photos obtained by Us Weekly, the former child star was spotted and photographed in Hollywood for the first time in “nearly eight years.” He was wearing a New York Mets baseball hat, sunglasses, and a mask under his chin while walking his dogs.

See those photos below.

Once a heartbreaker, always a heartbreaker. Jonathan Taylor Thomas, best known for his roles on Home Improvement, Wild America and more hits from the 90s and early 2000s, was spotted in Hollywood on June 20, photographed for the first time in nearly eight years. "Us Weekly". pic.twitter.com/fVzcrUtAOW

So, apparently this is Jonathan Taylor Thomas … but I have questions. I also feel VERY old. pic.twitter.com/a67Nq46vbY

Who remembers Jonathan Taylor Thomas. This is him recently. My celebrity crush even now pic.twitter.com/LcfwdI23in