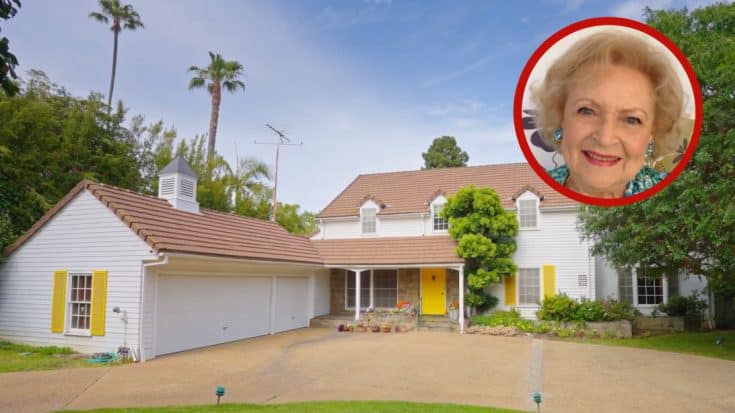 The Brentwood house Betty White called home for more than five decades has been listed for sale four months after her death at the age of 99.

White and her late husband, Allen Ludden, purchased the home in the Los Angeles neighborhood five years after they wed in 1968 so they could be close to Hollywood studios and maintain some privacy.

“Betty White was a California girl through and through,” the Wall Street Journal reported. “Despite living in New York when she and Allen Ludden were first married, she longed to be ‘back home’ in Los Angeles where she grew up.”

The five-bedroom home was built in 1952 and boasts roughly 3,000 square feet of living space on a 3/4-acre lot. In addition to a sunroom that the Golden Girls actress was rumored to have enjoyed, the property also features a pool, a three-car garage and a guesthouse where Betty and Allen entertained guests such as Jimmy and Gloria Stewart, Dinah Shore and Burt Reynold, a spokesman told WSJ.

Betty White passed away in this charming Brentwood home on New Year’s Eve 2021, just a few weeks shy of her 100th birthday, and only six days after suffering a stroke.

The news of White’s Brentwood home going on the market comes just as her Carmel, California, vacation home sold for $10.775 million, $3 million over the asking price. The Brentwood home has a listing price of $10.575 million, but comes with one strange caveat….potential buyers aren’t allowed to see inside.

“This is a unique opportunity to build your dream home on a flat lot in a serene country setting . The property is being sold for land value,” the listing reads. “There will be no interior access of the home. All showings are of the exterior only.”