How Carrie Underwood Reacted To News She Was Expecting Another Boy 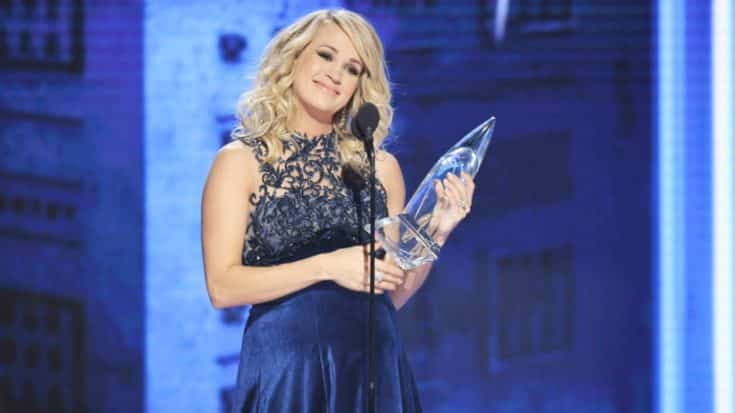 Is Isaiah Getting A Baby Brother Or Sister?

In August, Carrie Underwood announced that she and husband Mike Fisher were expecting their second child. The two already shared a son, Isaiah, who had a hysterical plan in place for when the new baby arrived.

As Carrie explained in an interview with PeopleTV prior to the CMA Awards, Isaiah is definitely a mama’s boy. Not wanting to lose his mommy to his baby sibling, he came up with the perfect solution.

“He told me recently that when the new baby comes that Daddy could have that baby, and then he could be mine!” Carrie said.

At that time, fans didn’t know if Isaiah would be vying for Carrie’s attention with a baby brother or a baby sister. Carrie and Mike had kept the gender of their second child secret for months, and no one could get them to spill the beans!

That is, until Carrie took to the stage with co-host Brad Paisley during the CMA Awards.

When Brad asked her to tell him if she was having a boy or a girl, she shared the news with him in a whisper. He remained tight-lipped for only a short while before pointing to Carrie’s belly and saying they should name “him” after Garth Brooks.

Getting Carrie To Spill The Beans

In an interview with Good Morning America leading up to the 2018 CMA Awards, Carrie made it clear that she wouldn’t make the same mistake twice. She wasn’t telling Brad anything!

But Brad was resilient, and still managed to get the news out of her during their opening segment. Trying to trip Carrie up, he kept asking if she was expecting a “Johnny or June” or a “George or Tammy.”

#CarrieBlewIt! After some pushing, Brad Paisley gets co-host Carrie Underwood to spill the beans on the gender of her baby at the 2018 #CMAAwards (it's a "Willy")! pic.twitter.com/sFW1WA8rgW

Carrie kept saying “no,” but was thrown off guard when Brad asked if she was expecting a “Waylon or Willie.” Giving up, Carrie exclaimed “It’s a Willie!” revealing that baby #2 was also a boy!

Fans erupted in joy on social media, following Brad’s suggestion by sharing their reactions alongside the hashtag #CarrieBlewIt.

How Carrie Reacted To The News

Backstage after the show, Carrie opened up for the first time about her own reaction to the news that she was having another boy.

Speaking to Taste of Country, Carrie said that she and Mike were both happy to hear they’d be welcoming another son into their family.

“We were just so excited. It took us a while to get here, and we were just feeling so blessed,” she said. “And then to find out Isaiah is going to have a baby brother, it was just great news.”

You can watch Carrie’s baby gender reveal from the 2018 CMA Awards by tuning in to the clip below.

Baby Jacob made his grand arrival in January, and his parents love him so much!

IT'S A BOY! Hosts @carrieunderwood and @BradPaisley open up the 2018 @CountryMusic awards with a baby gender reveal! Congrats Carrie! #CMAawards #BradBlewIt #GaryBlewIt pic.twitter.com/zJ2EWSA98c