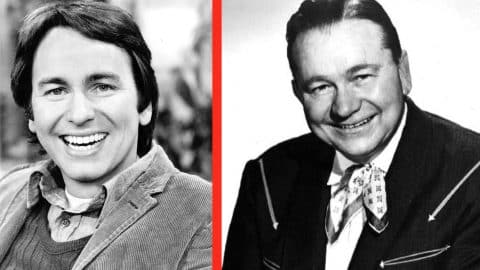 From Three’s Company to the more recent 8 Simple Rules, audiences loved the late John Ritter for his upbeat attitude, endearing personality, and zest for finding the good in life. It’s surprising to think that Tex Ritter, country star and John’s father, wasn’t happy with his career choice.

A 1930s Country Music Hall-of-Famer, Tex Ritter wanted his son to choose a more dependable career. When John decided to complete his studies at the University of Southern California as a theater major, his dad wasn’t happy and thought he should choose a different path.

Tex didn’t come around to John’s chosen profession easily. For much of John’s career as a professional actor, Tex was unsupportive. Toward the end of Tex’s life, however, John’s role on The Waltons began to open his mind to John spending his life pursuing roles in entertainment.

Tex said that John’s portrayal of Rev. Matthew Fordrwick on The Waltons was a respectable endeavor. Make no mistake — Tex still wasn’t necessarily happy about John’s career choice, but he was more optimistic about his son’s path than he was in years past.

While John Ritter’s untimely 2003 death was incredibly hard on fans, many like to think of John and Tex now laughing it up together, marveling at all the people John was able to entertain.