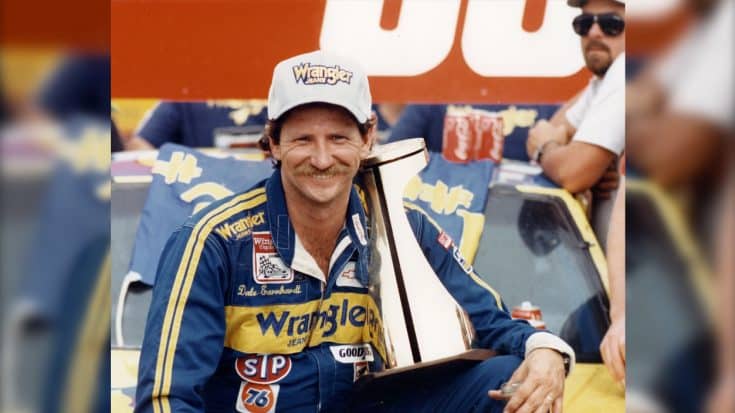 Dale Earnhardt Sr. left an incredible legacy after his untimely death in 2001, and his son, Dale Earnhardt Jr. has worked to preserve and honor his father’s memory both on and off the track.

In an interview with The Dan Patrick Show, Earnhardt Jr. revealed a surprising story about the uniform his dad wore when he won his first cup. For years, it sat around in a dusty attic – nobody knowing where it was or even that it still existed.

Earnhardt Jr. said that he was working on cleaning out the attic in one of their family homes, and he was loading up a pickup truck with items to go to the dump. He grabbed a trash bag in the attic, thinking nothing of it, and tossed it directly onto the heap of junk that needed to be thrown away.

Thankfully, Earnhardt Jr. wasn’t cleaning out the attic alone — and the friend who was helping him thought it was a good idea to take a look in the bag before sending it off to the landfill.

Dale Jr.’s friend said that he saw something in the bag that looked like a driving uniform. Thinking it was one of his own, Dale Jr. told his friend to take the uniform off of the trash heap. When he took a closer look, he realized that it was far too old to be one of his own and instead realized it was one of his father’s early suits.

After a great deal of investigating and looking through old pictures, Dale Jr. finally discovered where the uniform came from! The markings, colors, and patch placements matched exactly to the uniform Dale Earnhardt Sr. wore during his 1979 win at the Southeastern 500!

Check out the full story during his chat with Dan Patrick below.