By Manly Bryant on April 17, 2019
Advertisement 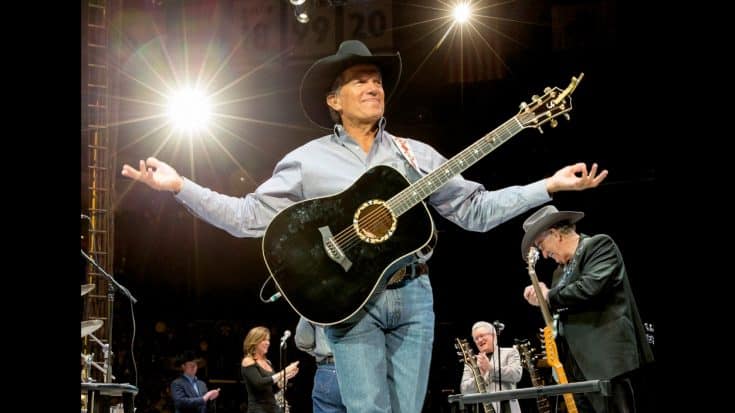 Hitting the stage during the 2019 Houston Rodeo as one of their headlining acts, George Strait held nothing back during his setlist and featured crowd-favorite artists as opening acts – like Lyle Lovett and Robert Earl Keen!

But, Strait had already broken records before he even set foot on the stage!

Waiting on King George Strait to take the stage at the Houston Rodeo. pic.twitter.com/fSX98Akn6y

The concert at NRG Stadium for Rodeo Houston easily became one of Strait’s biggest concerts he’s ever put on by both attendance and ticket sales…but, the truth is: he’d already been the country music record holder!

Back in 2013, George Strait took the top spot for attendance at the Houston venue when he performed with special guests Martina McBride and Randy Rogers Band – bringing in just over 80,000 people. But during his Rodeo Houston performance on March 17th, 2019 he drew almost 100 more people into the massive arena.

.@GeorgeStrait does it again! Tonight, he entertained 80,108 fans at #RODEOHOUSTON breaking his own NRG Stadium record! What a night! pic.twitter.com/C5tKbOlgin

The evening also marked George’s 30th performance at Rodeo Houston since 1984! Ticket sales for the event blew up, especially since Strait hasn’t been playing many venues outside of Vegas in the last few years.

According to Billboard, the “Boxscore” chart the massive million-dollar figures reported from Strait’s Houston show and his March 30th concert in Atlanta became the #1 and #2 grossing shows this week – each selling more than $12 million, with Houston bringing in $12.7 million.

The only time that George Strait has brought in more dollars or attendees was his farewell concert in 2014 at AT&T Stadium for his final show. That night, he saw more than 104,793 fans take a seat, and sold a massive $18.2 million in tickets – the highest grossing engagement on the Boxscore chart, ever!

We aren’t surprised that The King of Country Music brought in all these folks to see him – and what an amazing honor to be the biggest-selling star in the NRG Stadium’s history?!

Check out his rare, one-of-a-kind performance with his grandson Harvey during his Houston Rodeo show below.