How Much Do The “American Pickers” Stars Make?

By Jennifer Pernicano on August 16, 2021
Advertisement 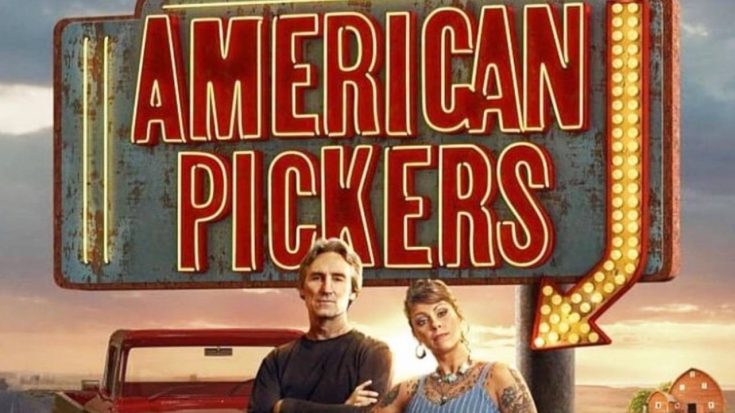 The History channel show American Pickers has been on the air since 2010. For ten years the show followed two antique and collectible “pickers” named Mike Wolfe and Frank Fritz, who travel around the United States to buy or “pick” various items. They then resell the items for either their personal collections or for clients.

The two men have taken their finds to different storefronts Fitz’s store is in Savanna, Illinois and is called Frank Fritz Finds. Wolfe has two locations of his Antique Archaeology stores in Le Claire, Iowa and Nashville, Tennessee, which he runs with the help of Danielle Colby. There have been 22 seasons of the show with 325 episodes, but recently, fans have noticed that Fritz hasn’t appeared on the show since March 2020 even though his image was still being used for marketing for months.

It’s since been confirmed that Fritz will not return to American Pickers and it instead will continue with just Mike Wolfe and Danielle. You can read all about that news here.

Thew news got us thinking, how much did each star bank? Each of them have different roles on the show, so we figured they would have different salaries. A site called Reality Star Facts has looked into this and has reported what each star earns.

A post shared by Danielle Colby “Queen Of Rust” (@daniellecolbyamericanpicker)

As the star of the show, Wolfe earns more than his counterparts. According to Outsider, he takes home $500,000 a year.

Outsider reports that Fritz took home $300,000 a year from the show before he wasn’t asked back. He still has his storefront, so we’re sure Fritz will do just fine!

A post shared by Danielle Colby “Queen Of Rust” (@daniellecolbyamericanpicker)

Danielle runs Mike’s storefront, helps with leads, and has even been called the “den mother” of the show. She clearly has proven that she is an asset, earning $15,000 per episode and a little less than $300,000 a year.