How Much Does The Cast Of “Yellowstone” Make Per Episode?

By Jennifer Pernicano on December 2, 2020
Advertisement 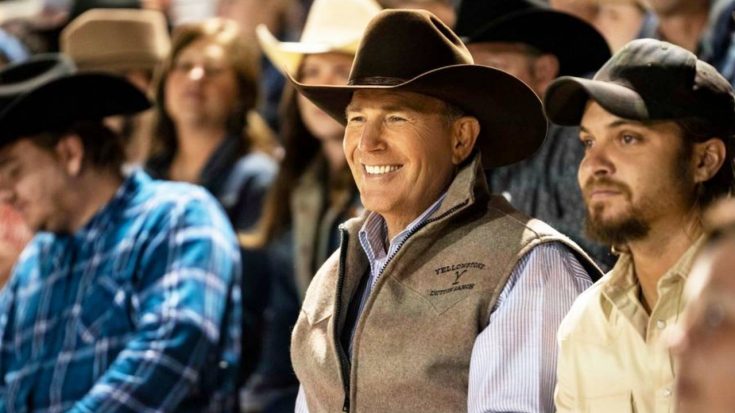 Every summer for the past three years, we have watched the Paramount Network television show Yellowstone.

Normally, the majority of the show is filmed in Utah, but because of COVID-19, changes had to be made for the fourth season. Instead, filming took place in Montana at the Chief Joseph Ranch in Darby, Montana, which serves at the Dutton Ranch. This was so cast and crew could live in somewhat of a bubble while they filmed to keep everyone as safe as possible.

In addition to filming near Chief Joseph Ranch, the show traveled to creator Taylor Sheridan’s home state of Texas for a scene. It’s unknown which characters will appear in that scene, but it was filmed at Sheridan’s favorite cafe in Parker County, Mary’s Brazos Cafe, owned by Mary Anderson.

She shared some photos from filming on her Facebook page.

Because Yellowstone is quite possibly our favorite show on television, we were wondering how much it cost to make. Thanks to Cinema Blend, we now know!

They report that the first three seasons cost $80 million to film in Utah, which the show did 75% of the time. This breaks down to around $27 million per season. If that same price point gets broken down to the other 25% of filming, each season would cost upwards of $35 million a season.

Utah offers an $8.5 million tax credit, while Montana’s tax credit is $10 million, which could be another reason the show decided to do almost all the filming there. Because of all the COVID testing they have to do, Cinema Blend estimates the cost of season 4 will go up 20%, and Montana’s tax credit will definitely help offset that cost.

The publication also guesses that the $35 million estimate does not include the actors’ salaries. Costner reportedly makes $500,000 per episode while the other actors, including Luke Grimes, Cole Hauser, Kelly Reilly, Wes Bentley, and Kelsey Asbille pocket up to $200,000 an episode.