How To Correctly Retire An American Flag 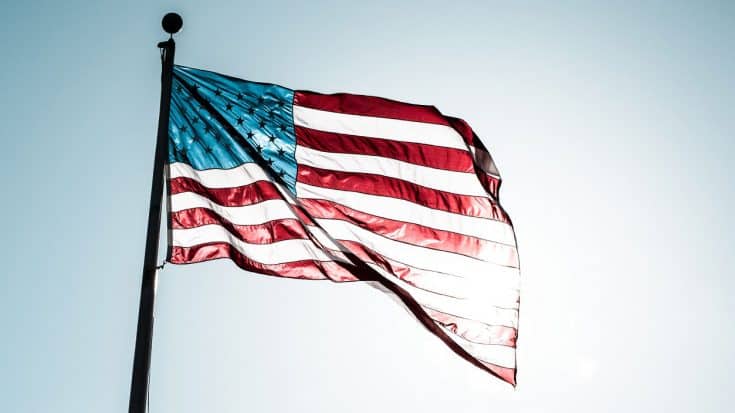 Throughout the year and especially on the Fourth of July, millions of Americans proudly display the American flag. A symbol that many fought and died to protect, she represents freedom, hope, and patriotism.

Rules on how to properly care for and display the flag were established in June 1923, when the National Flag Conference met in Washington. It was during this meeting when members created the Flag Code, which states, “The flag represents a living country and is itself considered a living thing.”

So how does one go about disposing of a flag that’s worn and ready to be retired? According to the Flag Code, “The flag, when it is in such condition that it is no longer a fitting emblem for display, should be destroyed in a dignified way, preferably by burning.”

For some Americans, it’s not always possible to properly burn a flag. Thankfully, there are other options if you’re not able to have a fire.

Many state and county government offices and Veterans of Foreign Wars posts have flag disposal boxes outside of their buildings where you can drop off your old flag. Police stations will also collect them. Various organizations such as American Legions, VFWs, and the Girl Scouts and Boy Scouts collect the flags and hold flag retirement ceremonies.

These ceremonies are held in a specific manner to ensure the proper disposal of the flag. If you can’t drop yours off at any of the places previously mentioned, you can do your own small ceremony — as long as it’s still held in a dignified manner.

According to the VFW, you first need to fold the flag in its customary manner.

When building your fire, make sure it’s big enough to fully burn the flag before you put the folded flag on it. Once placed in the fire, salute the flag and say the Pledge of Allegiance or hold a moment of silence.

Watch a flag retirement ceremony by the American Legion in the video below.