By Manly Bryant on January 12, 2022
Advertisement 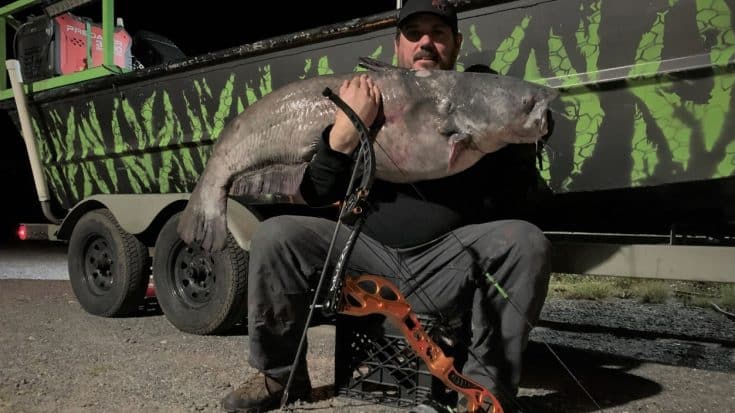 According to the Virginia Department of Wildlife Resources (DWR), William Bates Jr. of Waldorf, Maryland has set the new Virginia archery record for catching a blue catfish after his arrow pierced through a 62-pound, 4-ouncer.

DWR stated that the fish was caught out of Occoquan Bay in Fairfax, Virginia. The fish measured almost four feet long coming in at 3’11” inches with a girth of 32″.

“After biologist verification and review by the State Record Committee, Bates’ catch was certified and is recognized as the current Virginia Archery State Record Blue Catfish,” DWR wrote on Facebook.

The previous record was held by Logan Horne who arrowed a 55 pound 5 ounce Blue Catfish out of the Aquia Creek in 2020.

In addition to that, the department said that William’s catch is the second Archery State Record catfish to be captured out of the Occoquan Bay area since 2020.

The second archery record was a 44 lb., 8 oz. flathead catfish caught by David Raines out of the mouth of the Occoquan River in Belmont Bay, which is adjacent to Occoquan Bay. It still currently holds the state’s archery record for that species of catfish.

William’s catch is not only the longest and girthiest blue catfish ever recorded being caught in the state, but it’s also the state’s heaviest freshwater fish taken by a bow fisherman.