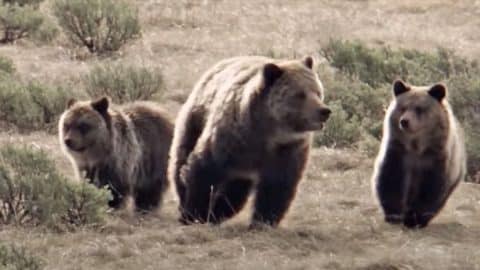 A hunter was attacked by a grizzly bear protecting her cubs Wednesday. The incident occurred in Wrangell-St. Elias National Park and Preserve in southeastern Alaska.

Jason Long from Eagle River, Alaska was out hunting when a mother bear with two cubs attacked him near the Chisana River, according to a statement made by officials on Wednesday, September 8, 2021. He was alone and separated from his hunting party when the attack happened.

He activated a distress signal, which triggered an Air National Guard rescue response with the National Park Service.

The 39-year-old was rushed to a nearby hospital where he was transferred to multiple facilities. Long suffered multiple lacerations and puncture wounds. He was last taken to the Providence Alaska Medical Center in Anchorage where his condition was stable.

Since the attack from the bear was out of defense there are no plans to locate the bear involved. Female bears with cubs are naturally defensive of their young, especially when surprised. There is no indication that this bear is unusually dangerous.

Watch the video below for interesting facts about grizzly bears!