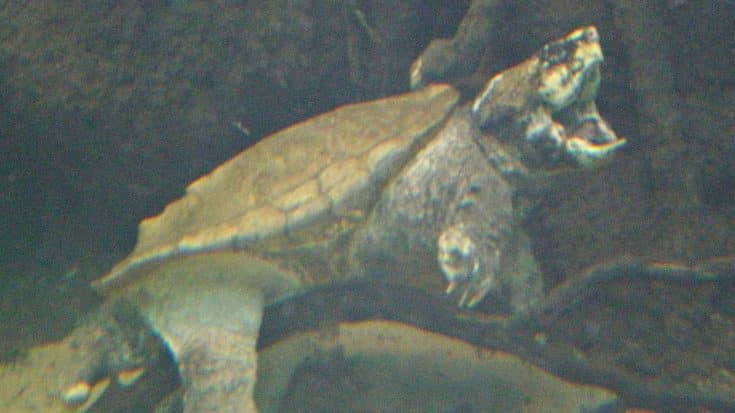 Robbie Polk, a 34-year-old farmer from Southern Arkansas, got the surprise of a lifetime when he was out hunting on an area of his farmland with some friends.

Polk and his group of friends were hunting for ducks and geese but found that the lake they chose had all but frozen over. As they searched high and low for a solid hunting spot in sub-freezing temperatures, they were faced with something they’d never seen before – an enormous, living alligator snapping turtle, separated from the surface of the water by two inches of ice.

According to AG Web, Polk said of the size of the snapping turtle, “It was unbelievable. We trotline on the goose pond and catch snapping turtles, but nothing this size. The diameter of the shell was about bigger than a truck tire and the head size was very close to a human’s. I’ve caught some big ones, but you couldn’t manhandle this one and you wouldn’t want to.”