By Manly Bryant on November 23, 2020
Advertisement 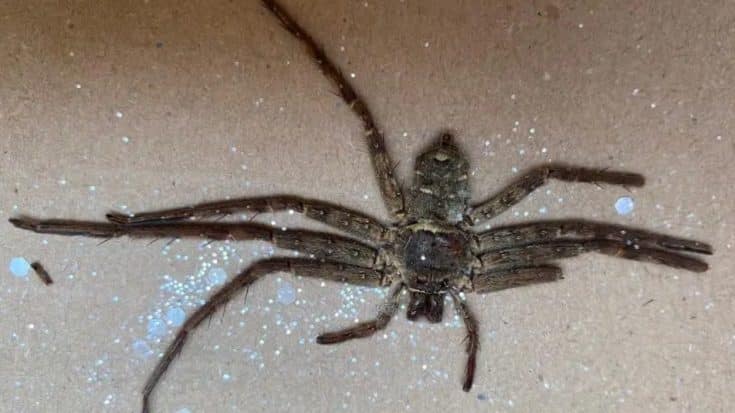 Mark and Gemma Smith, from the Isle of Wight, United Kingdom, ordered some Christmas decorations from Amazon and got a very shocking surprise.

Gemma said the Amazon package sat around the house for two days before she decided to open it. She ordered a £32.99 set of three light-up Christmas boxes and completely freaked out when she saw the 10cm long spider on the packing paper.

The Sun reported Gemma saying, “I literally chucked the box. I didn’t know if there were any more in there.”

She threw the box across the room and called her husband, who rush home from work. Mark said she has arachnophobia because of a bad experience with spiders as a kid.

“I was at work she rang me and said ‘I have just had the most scary thing happen to me,'” The Sun reported Mark saying. “I was so shocked to see it. I don’t know where the package came from in the world. It must have been alive when it got in there.”

Mark shared the picture on Facebook and it caught a lot of attention. He guesses that it was a huntsman spider but asked his followers if they knew what species it was. Luckily, the spider wasn’t alive and no one was hurt.