Huntsman Spider Sets Off Doorbell Cam At 2 AM 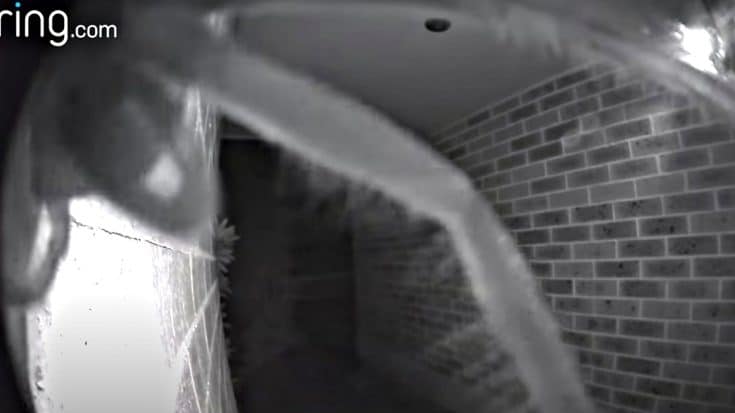 Australia is known for all things creepy and crawly, and this video of a huntsman spider getting acquainted with a doorbell cam at 2 am is no exception.

It’s always scary to get a notification that there’s activity at the front door in the middle of the night, but opening up a doorbell camera app to see that a gigantic. furry spider is crawling around at the front door is a new kind of terrifying.

After the video of the spider was posted on Reddit, users commented that they’ve had similar experiences. Some said that they think that spiders may be attracted to the warmth of the camera.

While huntsman spiders can look quite scary, they’re unlikely to bite humans. In the event that a huntsman spider does bite a human, there can be some slight effects, such as headaches and stomach pain. Like most spiders, huntsman spiders are typically scared of humans, and are far more likely to try to run away than to attack when they feel threatened.

Huntsman spiders are known to attack mammals other than humans – such as possums. In 2019, a photo of a huntsman spider eating a small possum went viral. Huntsman spiders typically eat insects and other invertebrates, but when they’re hungry enough, anything goes.