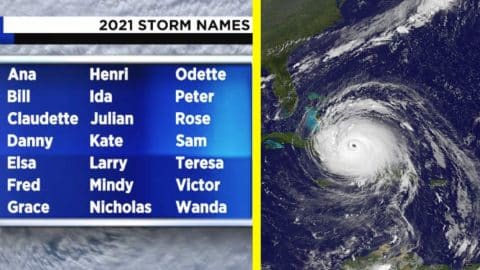 Throughout the majority of the last 30 years, tropical storms and hurricanes have been increasing in size, intensity, and frequency. According to a recent report by News4Jax, there have been nearly 400 in the last 25 years alone.

The US National Hurricane Center has just released an update that states while they are not moving up the 2021 hurricane season dates, they are advancing their Tropical Weather Outlook on May 15th after six years of storms appearing more quickly.

In a meeting next month, the World Meteorological Organization is preparing to discuss moving the official start of hurricane season ahead by two weeks – meaning it would start on May 15th annually rather than June 1st.

Last year I asked NOAA to update the June-to-Nov hurricane season, since FL & other states been hit by numerous tropical storms in May in recent years. Thrilled experts are examining whether to move the official start date of hurricane season to May 15. https://t.co/0GCJ9SPDXy

This will not apply to 2021 as it is too late in the year to officially enact the changes, but that doesn’t mean that they are not preparing for an early season. The truth is, hurricanes have been forming earlier and earlier as the years have gone on.

Watch the full video on this possible change to the Atlantic storm season below.