Nicole Kidman Admits She & Keith Urban Don’t Text Each Other

By Jennifer Pernicano on October 26, 2018
Advertisement 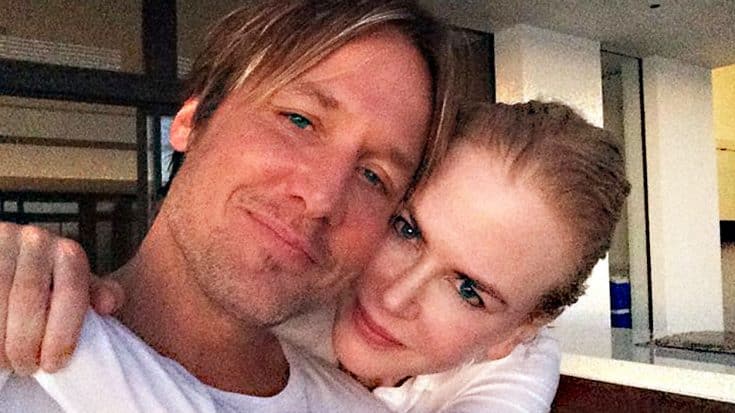 One of Nashville’s favorite couples continues to remind us what real love is. Keith Urban and Nicole Kidman have set the standards high for couples everywhere. From tour life to parent life, this dynamic duo has been through it all. Their love story is an admirable one at best! For starters, just look at the way she looks at him…

Their story begins in 2005 when the couple met at the G’Day USA gala, in Hollywood. Kidman admitted that when they first met, she had a big crush on Urban but didn’t think he felt the same for her. In an interview with Ellen, she told the story.

Four months later, the country singer called Kidman and it all went up from there. The couple began dating, seeing each other in every state they could from Nashville to New York. Kidman admits that she knew she wanted to marry the singer after only dating for a month. Luckily, Urban was starting to be on the same page. By the time November rolled around, Kidman was rocking a diamond ring and engaged to Urban.

Fast-forward to 2006 and the couple tied the knot in the most beautiful summer wedding.

Adding To The Love

Two years following their magical wedding, the couple welcomed their first child together into the world. Sunday Rose, their adorable baby girl, just added to their unconditional love for one another. Around Christmas time of 2010, the family welcomed yet another baby girl into their world, Faith Margaret. Since then, their family has perfectly been complete.

Their Secret To A Lasting Love

The spark is more alive as ever in this duo’s marriage. The actress described her marriage to Urban as “really good” when talking to Harpers Bazaar magazine. Kidman makes note of the importance of “switching off” from the stress that work brings when the couple is home together in Nashville.

“Keith and I are very good at immeditely clicking off because we have a really good life in Nashville that’s very simple, quiet, and nourishing because we’ve made it like that.”

Aside from creating a healthy home, Kidman revealed that the couple doesn’t have a TV in their bedroom and have omitted computer usage while in bed. Even more old-school, the couple has never texted! Kidman described the reasoning explaining that

“The reason it started at the beginning was because I didn’t know how to text [laughs] and it just kind of worked for us. So now we don’t. We just do voice to voice or skin to skin, as we always say.”

It seems their perfect marriage has a lot to do with their excellent communication skills and a whole lot of passion!

Remembering 12 years ago today at a church in Manly, Australia. Still feels like it was yesterday. I’m a lucky woman ❤️ Happy Anniversary Baby.