By Jennifer Pernicano on February 21, 2019
Advertisement 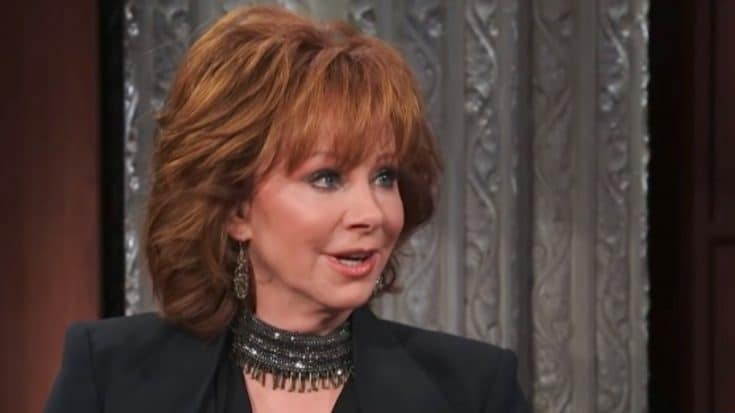 In February 2019, Reba McEntire was not only promoting an upcoming album, titled Stronger Than The Truth, to promote, she was also promoting the ACM Awards, which she is hosted for the 16th time!

Reba To Host the 54th #ACMawards!

Please welcome back Reba McEntire as host of the 54th #ACMawards!Tune-in to CBS This Morning on Feb. 20 to see Reba McEntire announce this year’s nominees!

Reba stopped by CBS This Morning – where she announced some of the ACM Awards nominees – Build, and The Late Show with Stephen Colbert,  all in a single day!

Looking forward to being in NYC this week to talk about the #ACMawards and #StrongerThanTheTruth! Check Reba.com for exact times.

During her appearance on The Late Show with Stephen Colbert we found out something we never knew about her – she was once booed off stage!

“Not many things have gone bad that I will admit to,” she said coyly. “Except, one time years ago they came to us and said, ‘We can’t find Keith Urban’s guitar…so Dick Clark says, ‘Reba get out there and stall’!“

She had no clue what to say to the audience on live television, so she thought to herself, “Well, I can tell a joke, I did get booed off stage one time in 1978 for telling a horrible joke, so…probably not a good idea to do that.”

Turns out, she still said that “horrible joke” while she was stalling!

We’re officially one month away from the 53rd ACM Awards! Here to hold us over with a joke is the one and only Reba McEntire.

When Colbert asked Reba if she remember the joke that got her booed off stage, Reba reluctantly said yes and told it.

She said, “Do you know the difference between unlawful and illegal? Unlawful means it’s against the law and illegal is a sick bird.“

Her joke was met with some groans from the audience, a funny reaction from Colbert’s house band drummer, and a hand shake from Colbert. The singer’s own mother had a harsh reaction to her joke when she first said it in 1978.

We’re sure she will be just fine hosting the upcoming ACM Awards, seeing how good of a job she did last year!

Watch her full interview in the video below.