By Manly Bryant on February 3, 2021
Advertisement 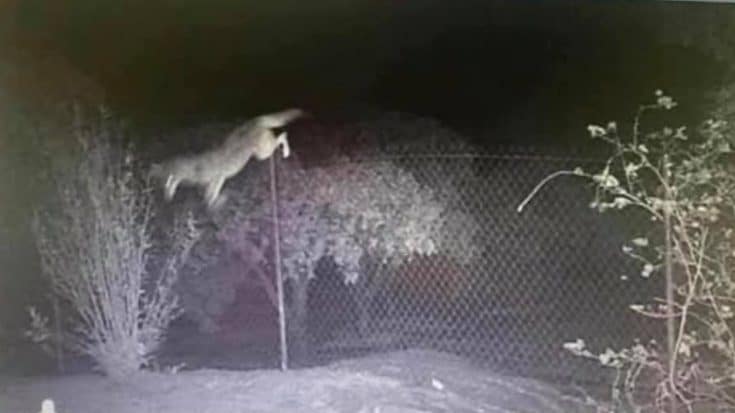 Poodle Rescue Connecticut, Inc. shared an alarming picture on Facebook of a coyote jumping a six-foot fence. Along with the photo, they warned the public of the dangerous threat against their pets.

“Thanks to Carol Lee Ferrucci, CT Dog Gone Recovery Volunteers, for this incredible shot of a coyote jumping a 6 foot fence! Caught on a surveillance camera!” the rescue center wrote on Facebook.

They shared these photos to educate the public on the coyote’s abilities because multiple pet owners have had their pet fall victim to a coyote attack. Just at the start of January, a coyote in Palatine, Illinois jumped over a six-foot fence and mauled and killed Jayda Greiwe’s dog Chili.

“It got him right in the throat [and] it was very hard for him to breathe at that point; we took him right to the vet. We unfortunately did have to put him down,” Greiwe told FOX. “It was very hard to see him go.”

It was their second dog they’ve lost to a coyote. Palatine Police said it was also the second dog attack by a coyote in the area recently and 15 people have called in reporting sightings. The other attack happened while the small dog was on a leash and dragged it off.