Indy Feek Just Had The Most Adorable Birthday Party Ever

By Miranda Raye on February 20, 2019
Advertisement 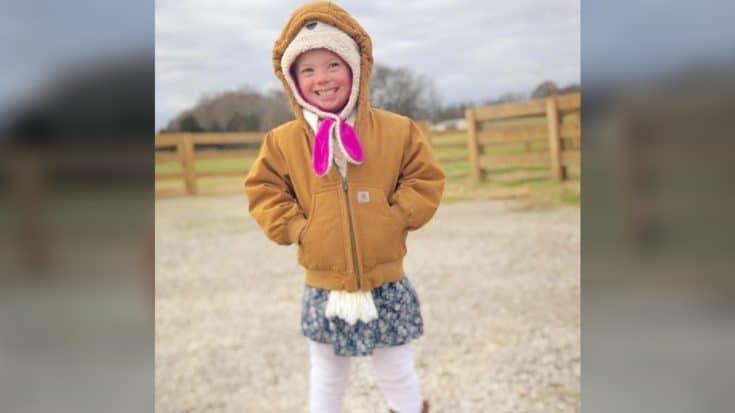 Joey + Rory’s Little Girl Grows Up Before The World

On February 17, 2014, Joey + Rory Feek welcomed their first and only child together. They named the baby girl Indiana, but took to calling her “Indy” for short.

As the couple basked in the joy of having a new baby girl, they had no clue how many challenges and how much heartache awaited them in the future.

After Joey went home to live out her final days, she maintained that she wanted to stick around to see her baby girl turn two. She got her wish, and eventually passed away just two weeks later, on March 4, 2016.

She’s Adorable As Can Be

Since then, Rory has been raising Indy alone, with frequent help from his two eldest daughters, Heidi and Hopie. Both Rory and Heidi are fairly active on social media, and keep fans of Joey + Rory updated with how Indy is doing.

Indy and I are excited that our movie "Finding Josephine" comes out in Walmart today! #foundjosephine

For those of you who have followed Indy’s story from the beginning, it may be hard to believe that the baby girl who appeared in Joey + Rory’s music video for “If I Needed You” is now five years old. She has faced many challenges in her five short years on this Earth, but has overcome them all thanks to the love and guidance she receives from her family and friends.

Now, Indy can walk and talk far better than she ever could before, and can even dance! Rory shared an adorable video of his little girl trying out the hula during a recent trip they took to the islands.

We’re sure there was plenty of dancing on February 17, which is when Indy celebrated her fifth birthday.  Heidi shared a precious snapshot from Indy’s party, and it shows her looking pretty as a princess.

Indy dressed to the nines in a fabulous princess gown made to mimic the one worn by the princess Rapunzel in the hit Disney film Tangled. She completed her look by wearing a long, blond braid to match Rapunzel’s famously lengthy hair.

The party’s decorations were also inspired by Rapunzel, as the pink and lavender balloons that surrounded Indy matched the colors of the princess’ dress. But the most brilliant part of the whole party had to be Indy’s big smile!

“bbrepunzel turned 5 today,” Heidi wrote in the caption to the photo from Indy’s party, along with heart-eyed and crying face emojis. Heidi often refers to Indy as her “bbsis” on Instagram, so we think it’s adorable she called her “bbrapunzel” to stick with her birthday party theme!

Doesn’t it look like Indy had the cutest birthday celebration ever? We still can’t believe that she is already five years old.