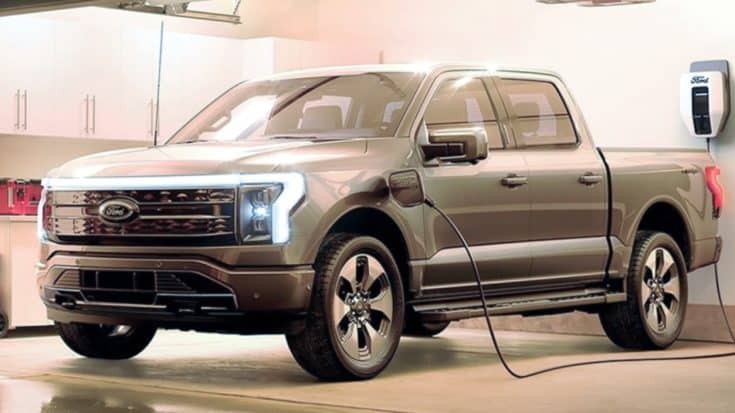 Whelp, you can officially say we’ve made it to the future now that Ford has announced a brand new all-electric F-150 that will be hitting the market in the spring of 2022.

“F-series is America’s best-selling truck for 44 years* for a reason. And now, it’s charging into the future with the all-new, all-electric 2022 Ford F-150 Lightning,” Ford wrote on their website.

According to Ford’s official website, it’s the first ever F-Series that’s 100% gas-free with zero emissions. The company states it’s the smartest and most connected F-150 Ford has ever built in the 39 years they’ve been building the F-Series.

It has two battery packs that have nearly instantaneous torque and can transport an individual up t0 300 miles. Each battery offers either 426 horsepower or 563 horsepower.

It’s got a 5.5ft bed that is 1.7 inches taller than a similarly equipped gas F-150 and it also has a dual-motor with all-wheel-drive that can bring the car from 0 to 60 mph within 4.0-seconds.

The price tag on the F-150 Lightning will start at $42,000 but one can get it loaded with Platinum model features that bring it to around $90,000. When compared to other electric trucks like GMC, Tesla, and Rivian, Ford says the F-150 Lightning was designed to be less flashy and look more like a normal, regular truck. Take a look at the reveal below and let us know what you think.

Watch Footage Of The Truck Below