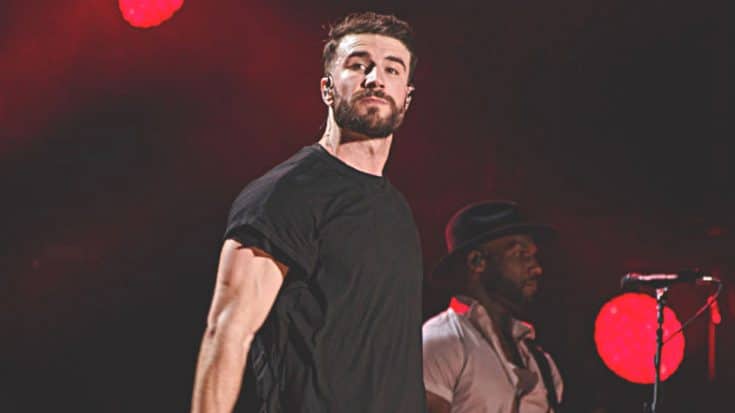 Ever since Sam Hunt released his debut studio album Montevello in 2014, he’s been sitting at the top of the country music world. That album led to four number one hits, all of which were certified platinum multiple times over.

Montevello also helped Hunt rake up a number of award nominations, including nods in multiple categories at the Grammys.

But the success of all of the material on Montevello was nothing compared to Hunt’s powerhouse single, “Body Like a Back Road.”

Taking the “Back Road” To Success

Released in 2017, “Body Like a Back Road” went on to become the top country song of the year. Certified quintuple platinum, the song crushed country chart records.

In July 2017, “Body Like a Back Road” became the only song in the entire history of the Hot Country Songs chart to top it for over 24 weeks. In total, the song spent a groundbreaking 34 weeks at the top of that chart, making it the new record holder to beat.

The success of “Body Like a Back Road” also led to more awards nominations for Hunt. But what it didn’t lead to was the release of a new album.

Top Country Song One Day, Gone The Next

Despite the fact that he had the top country song of 2017, Hunt has seemingly vanished from the country music sphere. He had few performances scheduled over the past year, and noticeably wasn’t present at the ACM Awards.

Typically, Hunt would have released another single by now or at least offered hints that more music is to come. But instead, he’s remained relatively mum, leaving some to wonder what is going on.

Finally, Hunt opened up about his future plans during a detailed interview with Yahoo! Entertainment. While he doesn’t make it clear-cut if he’s quitting country music for good, he doesn’t seem desperate to do anything new.

Where Has He Been?

“At this point…I’ve gotten into some other things outside of music that I really enjoy,” Hunt said. “Just other interests of mine that have nothing to do with music.”

So if he hasn’t been making music, where has Hunt been all of this time? As he shared, he’s been taking a step back so he can focus on educating himself a bit more:

“I’ve been reading a lot in the past year just trying to educate myself. I got married last year, and I’m in my thirties now, and I feel I’m not as educated as I should be. So I’ve been spending a lot of time just reading and informing myself, outside of putting out songs that work on the radio. Just been trying to broaden my horizons.”

Hunt assures fans that music will remain a part of his life, for now. He promises the release of a new single in a few weeks, but makes it clear it will be a bit longer before a bigger project is presented.

“I don’t know where my career will go from here, but my sole focus hasn’t been on making music all the time like it was in my twenties,” he said. “I’m not writing as many songs. My interests have changed.”

Only time will tell if Hunt gets that inspirational spark he needs to put together a new album. Until then, we still have a whole host of hits from him to enjoy!

What do y’all think of what Hunt had to say? Are you upset that he may not be pursuing music as much as he used to?