Isaiah Fisher Is Following In One Of His Parents’ Footsteps – But Is it Carrie or Mike?

By Jennifer Pernicano on February 11, 2019
Advertisement 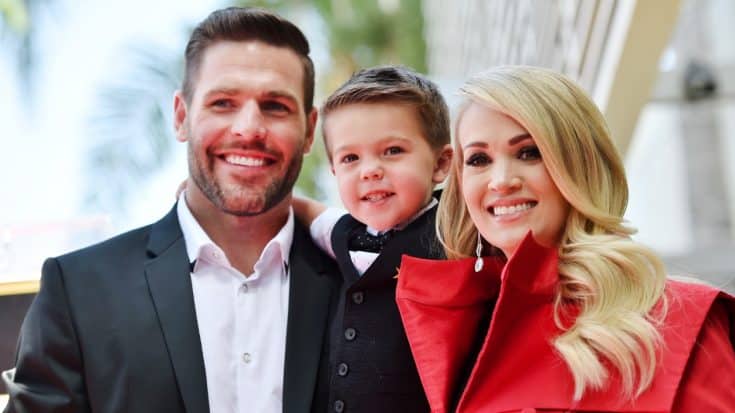 Since the day he was born in February 2015, we have watched the oldest son of Carrie Underwood and Mike Fisher grow up right in front of our eyes.

Tiny hands and tiny feet…God has blessed us with an amazing gift! Isaiah Michael Fisher – born on February 27. Welcome to the world, sweet angel!

With parents at the top of their respective careers, fans have always wondered which parent he will take after, his singing mom or his hockey playing dad! During an interview on The Tonight Show while she was pregnant with son Jacob, Underwood revealed she hopes he will take after her.

“If he’s not musically inclined, that is fine. I’m excited to find out what he’s good at, what he’s passionate about and I will support that, but I really want him to sing,” she said, before admitting he likes to sing the theme songs from the shows Duck Tales and Fraggle Rock.

Carrie Underwood Secretly Judges Her Son When He Sings

Carrie Underwood admits that she tests to see if her son inherited her singing talent.

While we don’t really know what his singing voice sounds like now that he’s almost four years old, we do have this video Underwood took in 2017 of him singing part of the song “Jesus Loves Me” with his mama, and it is too cute for words!

Carrie Underwood with her son Isaiah

Posted by Best of Carrie Underwood on Wednesday, 22 February 2017

While Underwood hopes he will have a bright future on the stage, Fisher probably wants his boy to follow in his footsteps, or should we say ice skates. Over two years ago, Isaiah joined him on the ice for some fun and it became the cutest father-son montage we have ever seen.

ask me if I'm okay because I'm definitely not. pic.twitter.com/S4auqtJba6

He was too young for his own skates then, but he isn’t now!

Over the weekend, Fisher shared a photo of his toddler son learning how to ice skate while wearing the tiniest pair of skates we’ve ever seen. Wearing a hockey helmet, Isaiah is photographed briefly letting go of the orange skate trainer, showing his mom and dad he’s ready for the big leagues! Maybe we will see him in the NHL one day!

“Look ma no hands,” Fisher wrote on the photo. Check it out below!