By Miranda Raye on November 28, 2018
Advertisement 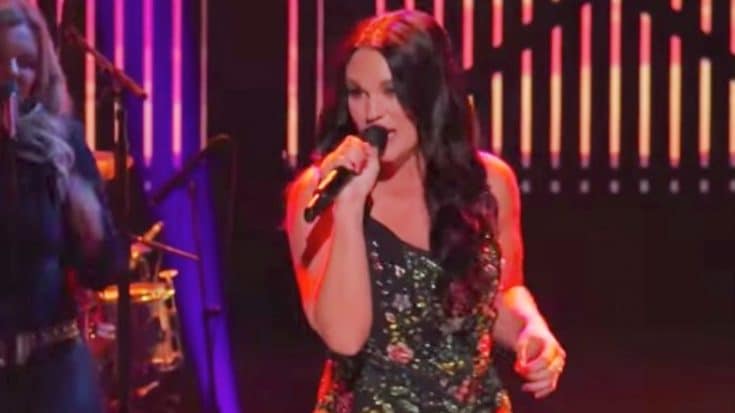 Within its first few weeks on the air, the competition series Real Country showcased some outstanding talent. One of the brightest stars emerged in the third week of its first season, and her name is Jaida Dreyer.

While her name may seem new to you right now, you’ve likely heard her music before and never knew. That’s because Dreyer is one of Nashville’s most sought-after songwriters, and she’s penned her fair share of hits.

Over the years, Dreyer’s songs have been recorded by everyone from Tim McGraw, to Sara Evans, to Eric Church. But her most recognizable work is the song “Home Alone Tonight,” which Luke Bryan recorded as a duet with Little Big Town‘s Karen Fairchild.

The song topped the U.S. Country Airplay chart and also crossed over to claim the 38th position on the all-genre Billboard Hot 100.

Her Music Has Played On TV Too

Another place you’ve likely heard Dreyer’s music is on television. Nine of her songs were used in the hit series Nashville, including a few tracks performed by some of the show’s main characters.

In addition to all of her songwriting for other artists, Dreyer has also penned and recorded her own songs. Now, thanks to Real Country panelist Jake Owen, who invited her to compete on the show, her voice has been heard by more people than ever before.

Dreyer performed multiple songs during her time on the show, opting to keep it classic. One song she performed was Johnny Cash’s fast-paced “I’ve Been Everywhere,” and she did so with spunk.

Getting A Little “Fancy”

The other song that Dreyer covered was “Fancy,” which was written and originally recorded by Bobbie Gentry in the late 1960s. Gentry’s recording reached the 26th spot on the Hot Country Songs chart, but did even better on the Adult Contemporary chart, where it peaked at the eighth position.

Decades later, the song earned a famous remake when Reba McEntire recorded a rendition. Released in 1991, McEntire’s version of “Fancy” performed even better than Gentry’s original, reaching the eighth spot on the Hot Country Songs chart.

To this day, “Fancy” is still considered to be one of McEntire’s signature songs.

Dreyer Brings The Fire To “Fancy”

Gentry and McEntire’s versions of “Fancy” are both regarded as some of the best recordings in country music history. So anyone who wishes to cover the song has quite the task to face. Dreyer proved she was up to that task.

Not holding anything back, Dreyer perfectly captured the song’s feisty and fiery nature. It’s a song you have to sing with personality to make it convincing, and that’s exactly what she did.

You’ll likely be covered head to toe in goosebumps by the time you finish watching her performance. It’s seriously that impressive. Go ahead and check it out below!