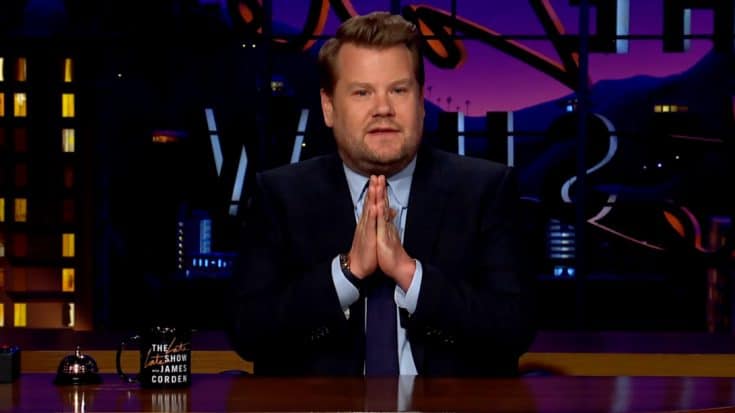 One of television’s most beloved late night talk show hosts has announced his departure. James Corden, who has hosted The Late Late Show since 2015, tearfully shared the news on Thursday night.

“7 1/2 years ago I started hosting this show, and there’s no other way to put it, but it has changed my life,” Corden told his audience. “I love it. I love all the people that work here. I am so proud of what we’ve achieved. It’s been beyond my wildest wildest dreams.”

He added that he had signed a new contract, but that it would only keep him in the hosting chair for another year.

“This will be my last year hosting the show,” Corden said. “When I started this journey, it was always going to be just that…a journey. An adventure. I never saw it as my final destination. I never want this show to overstay its welcome. I always want to love making it. I really think in a year from now that will be a good time to move on and see what else might be out there.”

The British actor, comedian, singer, and host rose to fame in the United States when he succeeded Craig Ferguson as the host of The Late Late Show. He is perhaps best known for his Carpool Karaoke sketches that feature the host joined by some of music’s biggest stars driving around while singing with the radio, usually the songs of the guest artist.

The multi-talented television personality boasts an impressive resume that includes television, film, albums, and more. He promises to make his final year as a late night host one to remember.

“…There will be tears. There will be so many tears,” he predicted. “‘Cause this has been the hardest decision I’ve ever had to make, it really has. I’ve never taken this job for granted. Ever. Not once. And… the fact that you watch us at home. Or you watch us online. Wherever you are, all over the world. The fact that we get to try and entertain you and spend time with you is an absolute privilege for me and every single person who makes this show.”

Watch James Corden’s emotional announcement in the clip below.