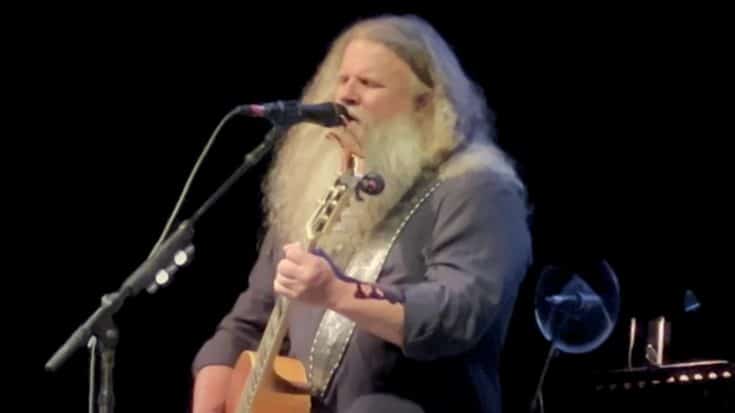 Jamey Johnson released his last album, Living for a Song: A Tribute to Hank Cochran, in 2012. That was a covers album, so the last time Johnson released an original album was when he dropped The Guitar Song in 2010.

Johnson has since released a Christmas EP and a handful of new songs. Fans have anxiously been waiting for him to release more new material. There was a surge of renewed interest in his music when he was asked to become a member of the Grand Ole Opry earlier this year.

Those fans are in luck, because Johnson does have at least one new song to share. It’s titled “21 Guns.” Johnson debuted the song during some of his recent live shows, and explained the meaning behind it.

“I don’t do new songs very often, but I wrote this one a couple of weeks ago… it’s about an old friend of mine in the Marine Corps,” he said.

The song carries an extra layer of meaning, since Johnson himself is a Marine Corps veteran. He served for four years.

One concert attendee in Oklahoma filmed Johnson singing “21 Guns” and shared the video on YouTube. You can watch it below.

It’s always a good day when Johnson has some new music to share! We hope we’ll hear more new songs from him in the near future.