By Jennifer Pernicano on May 11, 2018
Advertisement 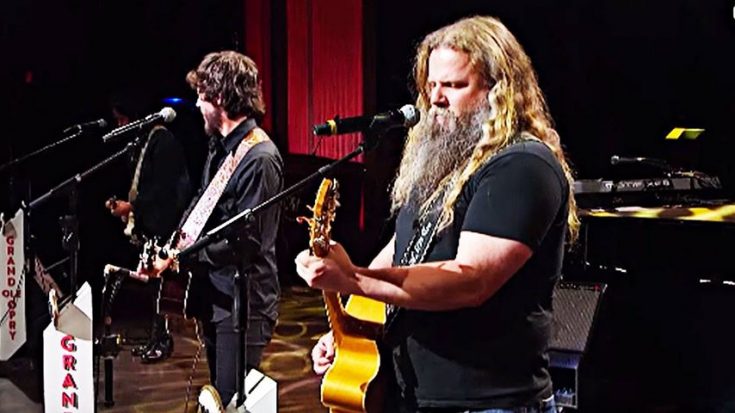 They “live the kind of life that most men only dream of. [They] make their living writing songs and singing them…” And, if you ask their fans, they do a fine job of it.

The audience at the world-famous Grand Ole Opry recently found themselves in the company of one of its newest and youngest members, 31-year-old Chris Janson, alongside platinum-selling singer/songwriter, Jamey Johnson.

Janson and the man he fondly refers to as “my favorite country artist,”Johnson, paid homage to country legend, Merle Haggard, with a powerful cover of “Footlights.”

The 1979 hit from Haggards’ album, Serving 190 Proof, later recorded by Hank Williams Jr., turned out to be a real crowd pleaser. Based on the hootin’ and hollerin’, the crowd loved every minute of it.

Though newly inducted as a member of the Grand Old Opry, Janson is no stranger to this storied stage. With more than 100 performances to his credit, he’s earned a spot on the list of “most performances prior to induction.”

It was no surprise Janson invited Jamey Johnson to share his first appearance as an official member.

If we’re doubly lucky, we’ll be hearing more of these two together.

What do you think of these two together? Do you have a favorite Merle Haggard song?  Share your thoughts with us!