By Miranda Raye on August 3, 2021
Advertisement 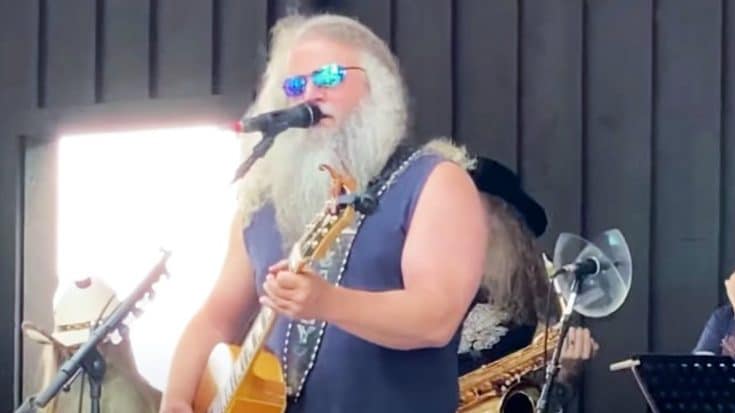 On July 27, 2021, ZZ Top bassist Dusty Hill passed away at the age of 72. His passing impacted artists of all genres, particularly country.

One country singer who was saddened by the news of Hill’s passing was Jamey Johnson.

“Dusty Hill was an incredible musician, a kind-hearted friend, a badass force of positive energy and an All-American Treasure,” Johnson wrote in a tribute to Hill on social media.

Hill was so much more than a source of inspiration to Johnson. He was a dear friend of his.

“More than a musical hero and more than an influencer, I’m so glad I was fortunate enough to call Dusty my friend,” Johnson said.

Johnson has performed with ZZ Top many times in the past. During a show at the Ryman Auditorium in 2013, ZZ Top welcomed Johnson to the stage to perform Johnny Cash‘s “Folsom Prison Blues,” along with their own songs, “La Grange” and “Tush.”

Johnson had a show in Webster, Massachusetts just a few days after Hill passed away. In honor of his old friend, Johnson opted to perform “La Grange” during his set.

It’s no surprise why Johnson chose “La Grange” out of ZZ Top’s extensive catalog. Johnson previously recorded a cover of the song for the 2011 album ZZ Top: A Tribute from Friends.

He introduced the song at his Massachusetts show by shouting out Hill, which prompted a bunch of cheers from the crowd. Then, he went on to deliver a rockin’ performance that surely would have made Hill proud.

Tune in to the video below to watch Johnson sing “La Grange” in memory of Hill. It was a fine tribute from one friend to another.

Johnson’s performance makes it clear just how much Hill meant to the music world. He will be dearly missed.