Jana Kramer Opens Up About How She’s Coping With Divorce

By Miranda Raye on May 5, 2021
Advertisement 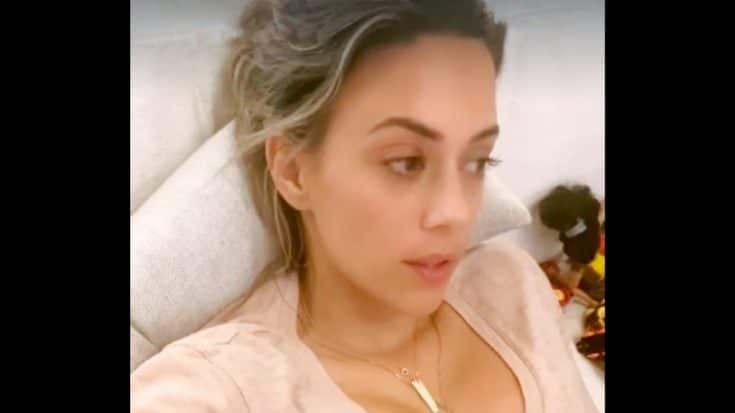 On April 21, Jana Kramer put a post up on social media to announce her split from her husband, Mike Caussin. The couple married in 2015, but separated in 2016 after Mike was unfaithful.

During their separation, Mike sought treatment for sex addiction in rehab. He and Jana eventually reconciled and renewed their vows in 2017. They share two kids, Jolie and Jace.

The couple faced their fair share of struggles over the course of the years. They spoke about these struggles on their podcast, Whine Down, and in their 2020 book The Good Fight.

But there eventually was a breaking point when Jana said she couldn’t fight any longer.

E! News obtained the documents from Jana’s divorce filing, which lists “inappropriate marital conduct, irreconcilable differences and adultery,” as the reasons why she wanted to end her marriage with Mike. She is asking for shared custody of their kids.

Jana remained fairly quiet on social media for awhile after announcing her divorce. She slowly eased back in to posting, and has been open about how she’s coping with her new life.

On her first episode of the Whine Down podcast since separating from Mike, Jana got emotional as she talked:

“I’m embarrassed that this is how it ended and I also feel like I let people down,” she says in a preview clip shared on the podcast’s Instagram.

More recently, Jana took to her Instagram Story to speak about how much it hurts her to be “alone” right now.

She captioned the first video “This is hard to get used to” before speaking about how strange it is to be in a “quiet” house.

“I think the hardest part, is like, it’s just so quiet,” she said. “And I don’t know what to do with myself.”

The next video had the caption, “I have a hard time being alone…”

Jana said lately, it’s been hard for her to fall asleep at night. She often finds herself awake hours after her usual bedtime.

“…usually I go to bed at like eight-thirty, nine. And now I can’t seem to fall asleep until like, midnight,” she said.

You can listen to Jana talk more about how she’s coming to terms with her “new normal” by watching a sample clip from the Whine Down podcast below. Our hearts go out to her during this time.