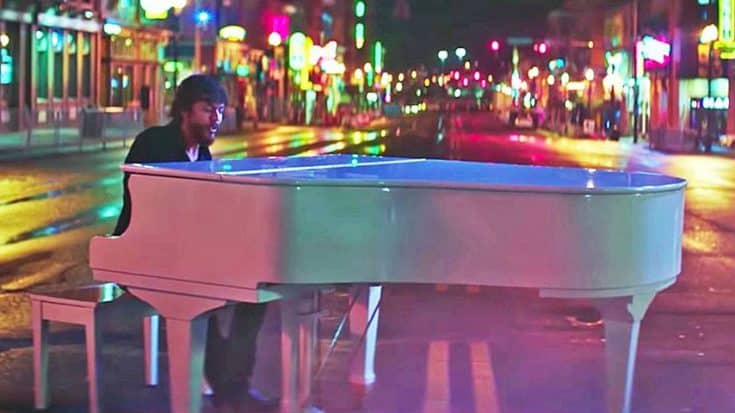 Chris Janson describes himself as just a guy who writes songs. “Every now and then,” he modestly confessed to Billboard,” they [the songs] just find life when they are supposed to.”

Such is the case with “Drunk Girl,” Janson’s second single from his album, Everybody. The song focuses on the theme of  being respectful to his opposite gender and consent.

Written From A Dad’s Perspective

“We’re all dads,” explained Janson in an exclusive interview with People, referring to himself and his two co-writers Tom Douglas and Scooter Carusoe. “I’ve got four kids. Scooter has kids. Tom has kids — and we all know what it’s like to have girls and, man, we wrote this song from a dad’s perspective.”

Do The Right Thing…

“From a guy’s perspective, I think it’s a good message for any age man to treat women with respect,” Janson continued. “If it’s a situation where there is a drunk girl — maybe you’re dating her or maybe you’re not or maybe you just met her — take care of her,” said the country singer-songwriter.

A Piano In The Middle Of The Street

For the filming of the message-laden video, Janson and his crew shut down several blocks of Lower Broadway in Nashville to set up a white baby grand piano in the middle of the street. Local businesses cooperated and even emptied out several blocks for the event.

Wanting to get it right, Chris sang the song 25 times between 2 a.m. and sunup so the cameras could capture every angle. He feels the video is worth it.

When you watch the newly-released “Drunk Girl” video, you’ll notice it opens with a warning: “The following content addresses sensitive topics that might be upsetting to some audiences.” While it’s not the writers’ or singer’s intent to upset anyone, they do hope to inform people and educate anyone who’ll watch and listen.

Through flashbacks, interlaced with Janson’s poignant voice, the narrative wraps around the notes, on its way to an ending you’ll have to see for yourself. You can decide its importance.

“I don’t cry very easily. But man, this one broke me down quick,” Janson told People of seeing the finished video.

“Sometimes these things get swept under the rug. Sometimes they get pushed so far back in the closet, nobody wants to look at it … Well guess what? It happens every day and it’s something to be thought about.”

Any comments?  What do you think of Chris Janson’s “Drunk Girl” video?