Jase Robertson Shares His Feelings About Becoming A Grandpa

By Miranda Raye on June 3, 2021
Advertisement 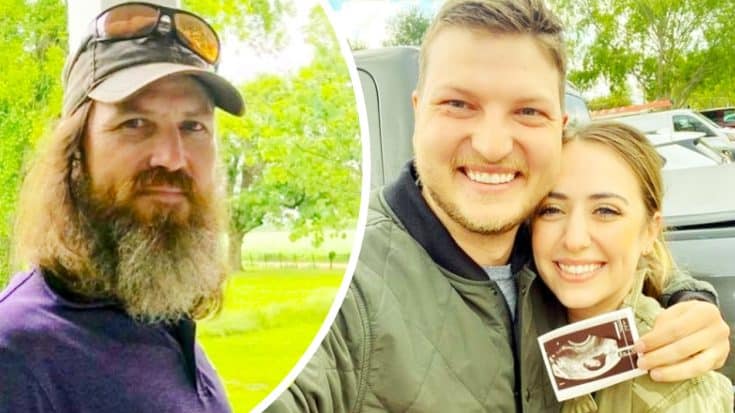 The Duck Dynasty family is going to add another duckling to their pond this fall!

Reed Robertson and his wife, Brighton, recently announced they’re expecting their first child. Brighton shared the happy news on Instagram, revealing that she and Reed will welcome a baby girl in November.

Brighton posted pictures of her and Reed holding up some sonogram photos. Their three dogs also got involved in the photo shoot!

“Baby girl Robertson coming in November!” Brighton captioned the images. “The pups can’t believe they’re getting a sister and we can’t wait to meet our little girl!”

Reed is the oldest of Jase and Missy Robertson‘s three kids. He and Brighton married in 2016.

The couple’s baby girl will be Jase and Missy’s first grandchild. Missy made it clear how excited she is to become a grandma when she commented on Brighton’s pregnancy announcement post.

“I’ve been about to burst with this news!” Missy wrote. “Yayayayayay!!! Y’all are going to be awesome parents to my grandbaby!! We love y’all so much!“

As for Jase, he’s still finding it hard to believe he’ll be a grandpa in a matter of months! He spoke about Reed and Brighton’s pregnancy news in a dedicated post on his own social media pages:

“@missyduckwife and I are about to enter a whole new phase of life, and I’m trying to wrap my head around it,” he wrote next to another photo of Reed and Brighton holding a sonogram image. “Grandparents??? Kinda pumped.”

You can read Jase’s thoughts about becoming a grandpa below. Congratulations to him, Missy, Reed, and Brighton!