By Manly Bryant on September 8, 2021
Advertisement 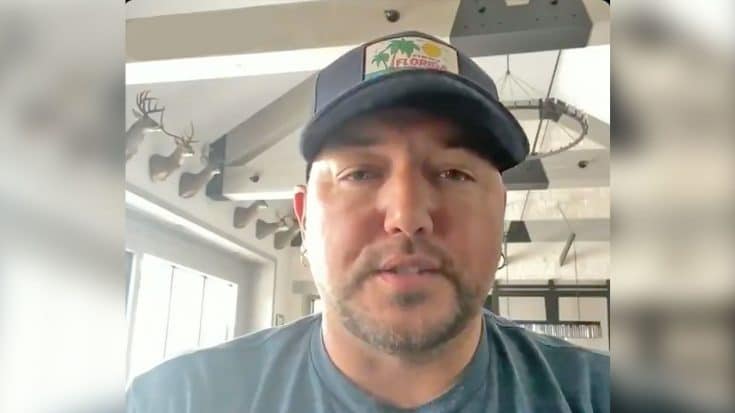 Jason Aldean honored the 13 members of the United States military who lost their lives in the line of duty while deployed in Afghanistan.

“Coming from a Military family, it’s been tough to find the words to express how I feel for what’s happened in Afghanistan,” Jason said in an Instagram post. “It’s heartbreaking and unforgivable. We appreciate your service and thank you all for your sacrifice.”

Aldean’s post featured a slideshow-style video honoring the fallen heroes while his song “Drink One For Me” plays in the background. The track was co-written by Neil Thrasher, Wendell Mobley, Tony Martin, and appears on Aldean’s fifth studio album, Night Train.

Aldean’s wife Brittany also shared a tribute to the 13 fallen in an Instagram photo.

“Remember the reason you are able to sleep peacefully at night,” she wrote in her caption. “Remember the sacrifices made by the men and women in the military, and their families. EVERY AMERICAN SHOULD BE ANGRY. THIS COULD HAVE BEEN PREVENTED. God bless them all🇺🇸💔🙏🏼”