By Miranda Raye on April 2, 2021
Advertisement 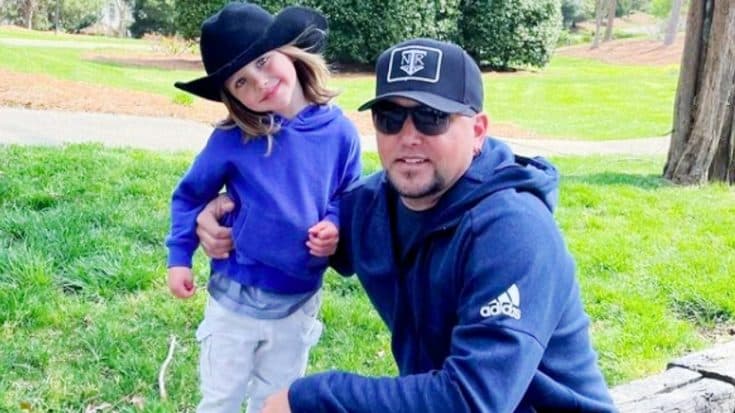 Now three years old, Jason and Brittany Aldean‘s son Memphis seems like such a sweetheart. Both his mother and father frequently share photos of him and his younger sister, Navy, on their respective social media profiles.

Jason also has two older daughters from his previous marriage, Keeley and Kendyl.

As Jason’s only son, Memphis seems to share a special bond with him. Now, he may be taking after him in the fashion department!

When Jason performs, he can almost always be seen wearing a cowboy hat. But when he’s just hanging out with his family, he generally opts to wear a baseball cap instead.

That’s the headwear he chose to don while he, Brittany, Memphis, and Navy were on a recent vacation in North Carolina. Brittany is from the Tar Heel State, hence the reason for their visit.

While Jason kept his head covered with a baseball cap, it was Memphis who wore a cowboy hat! The little fella looked cute as could be while wearing his black hat, blue hoodie, and jeans.

Jason posted a photo of Memphis in his cowboy attire, and captioned it, “Me and my lil’ cowboy in training.”

Brittany also shared a picture from their family outing. The photo shows her, Jason, Memphis, and Navy posing on some boulders while on a walk outside.

Memphis was being held by his mama, and still had his treasured black cowboy hat on! See their family snapshot below.

Jason and Britany have such adorable kids!