By Jennifer Pernicano on December 17, 2018
Advertisement 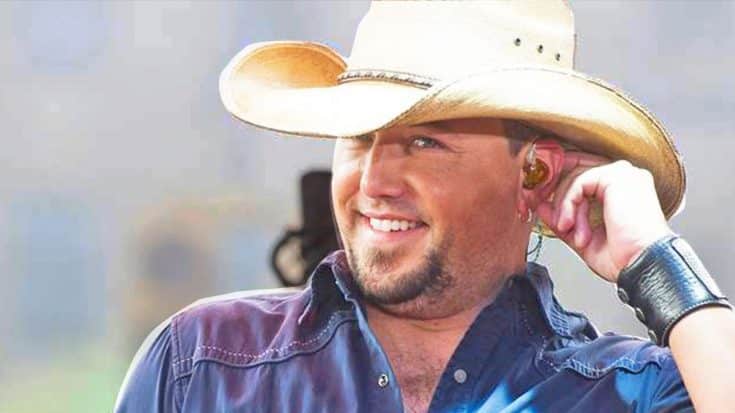 We’ve quickly come to learn that country stars have a thing for pranking one another; especially on stage. In 2011, Brad Paisley invited a robust man to frolick around the stage in a bumble bee tutu while Blake Shelton sang his popular “Honey Bee” tune. The following year, Jason Aldean brought out male dancers on stage during Luke Bryan‘s “Country Girl” for one awkward and shirtless get-down. Aldean even got pranked by Chrisley Knows Best star, Todd Chrisley when he called the country star pretending that his house was going to get knocked down due to construction.

Wonder what these two are laughing about. 🙂

While Aldean has been pranked before, he prefers to be the mastermind behind any pranking he can get his hands on. While out hunting with a few buddies in Fort Scott, Kansas, Aldean found the perfect opportunity. After a long day of hunting, all the guys were hanging out when the country star started filming fellow singer, Tyler Farr.

“What are you eating?”

Aldean continues to grill Farr about the jerky he’s eating meanwhile he’s still not catching on. Turns out, the “Girl Like You” singer switched the labels on the turkey bag and put it on a bag of dog treats instead. The clueless Farr didn’t even recognize the difference in taste! When Aldean asks him, “What if I told you that’s actually dog treats?” Farr’s face goes white. He starts to examine the bag in pure confusion.

At first, the young singer was in denial that his buddies would actually poison his beloved beef jerky. Quickly he realizes, maybe it did taste like dog treats. Spitting out the remains, the rest of the group, including Aldean starts busting out in laughter.

The friendly prank was a successful move by Aldean!

Tyler Farr got initiated into the Buck Commander family this week. You always gotta be on your toes around this crew or you get pranked! We switched the label on a jerky bag and put it on some dog treats, TFarr seem to like it until we told him what it really was. ???? #buckcommander #damngoodfriends