By Miranda Raye on March 31, 2021
Advertisement 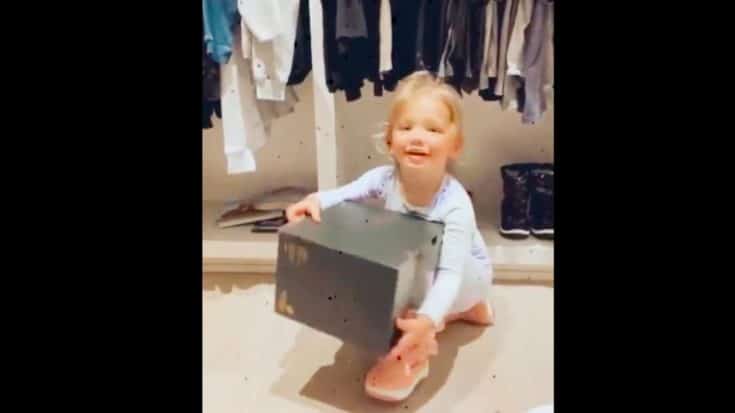 Few people know this, but Jason’s wife, Brittany, was also a singer. Before she and Jason met, she was a contestant on Season 11 of American Idol.

Brittany got two “yes” votes during her audition and earned a Golden Ticket to Hollywood. She was eliminated from the competition the following week.

Since appearing on Idol, Brittany has showcased her singing talent a few times. In the past, she shared videos of her singing lullabies to her and Jason’s son, Memphis, and their daughter, Navy.

When Navy was still just a baby, Brittany and Jason sat down with her and sang a duet in the hopes it would help lull her to sleep. They sang “My Girl” to her and it was as cute as could be.

Now, Navy is two years old, and she has started singing herself!

Brittany posted a video on her Instagram Story of her daughter showcasing her singing skills. The video shows Navy singing “Happy Birthday” loud and proud while playing with a shoebox in the closet. Her mama chuckled as she listened to her sing.

Captioning the clip, Brittany wrote, “Singing runs in the fam.”

Watch Navy’s adorable vocal performance below. Who knows…maybe one day she’ll end up recording a duet with her dad!

Retweet if you want to see an Aldean and Navy duet?! We sure do! pic.twitter.com/H51kNj8D0t