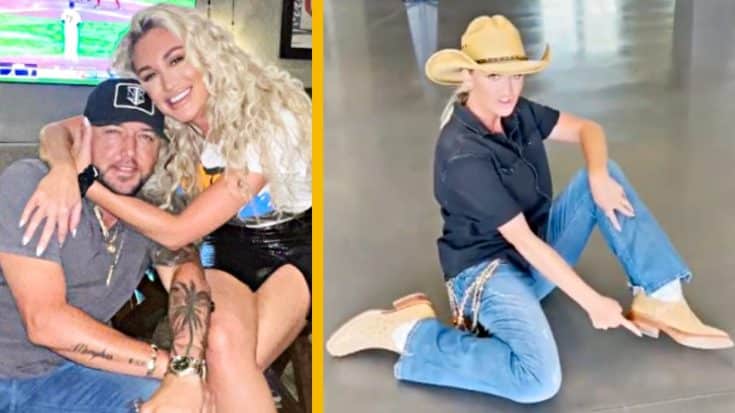 Jason Aldean’s wife, Brittany, trolled her husband by sharing a hilarious impersonation of the country singer with fans.

On Brittany’s TikTok account, the star surprised fans by dressing up as Jason and mouthing the words to a Reno 911 voiceover. In the clip, Brittany showed off her boots while sliding around on the floor. She also filmed a separate scene while holding a guitar and standing in front of a collection of her husband’s hit records.

Of course, this is not the first time that Brittany has delighted fans with her comedic skills. In October 2020, Jason and Brittany hilariously dressed up as characters from the popular true-crime documentary Tiger King: Murder, Mayhem and Madness. The couple posed for comical Instagram photos, and Jason even performed a show while still in costume.

Check out Brittany’s creative TikTok in the clip below!

For more on Jason and Brittany’s relationship, check out the following video.