Jason And Brittany Aldean Expecting Baby No. 2 Together

By Jennifer Pernicano on July 10, 2018
Advertisement 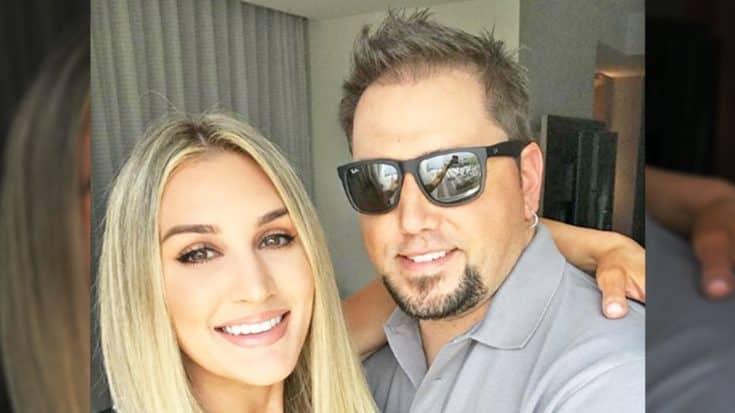 Well, that was fast!

A little over a year after they revealed they were expecting their first child together, country singer Jason Aldean and his wife Brittany have more exciting news to share with the world!

In May of 2017, the “You Make It Easy” singer and his wife made a very cute pregnancy announcement wearing matching “Baby Mama” and “Baby Daddy” shirts.

Been hard to keep this secret but we couldnt be happier to add to our family. This year just gets better and better. #bunintheoven??

SURPRISE!!! WE ARE PREGNANT!!! This was the hardest secret we've ever had to keep ? This journey for us has been full of many happy times & also many tears… The biggest rollercoaster we have ever been on, without a doubt! All of the moments of heartache were followed by the biggest blessing in the entire world!! We will never take one moment for granted & can't wait to meet you, sweet baby!!! ???

They welcomed little Memphis Aldean Williams on December 1, 2017 and Brittany wrote on Instagram that it was the happiest day of her life.

Just seven months after the birth of their baby boy, who joined big sisters Keely and Kendyl, Jason’s daughters from his first marriage, the singer and Brittany revealed that they are expecting another child together – and they announced it in the cutest way ever!

They dressed Memphis in a onesie with “Big Brother” written on it, and put him in the most adorable pose. Jason wrote, “Sup everybody……. guess who is gonna be a BIG brother!”

The couple didn’t say when they are due, or if it is a boy or girl, but since they were pretty public with their last pregnancy, we imagine that information isn’t far behind this announcement.