By Jennifer Pernicano on July 9, 2018
Advertisement 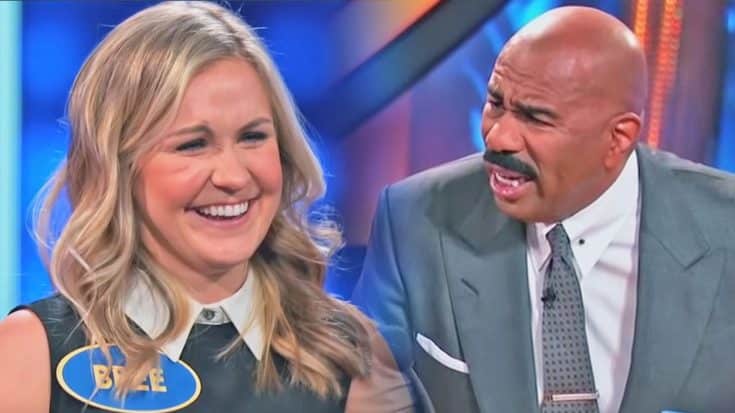 With summer comes fun and games – at least on the ABC Television Network! Their lineup of game shows has become quite popular in the last few years, with the long-running Celebrity Family Feud being an audience favorite.

How can it not be? Your favorite celebrities compete for a charity close to their hearts, and in return we get some quality entertainment for a half hour! On an episode that aired in July 2018, comedian and ventriloquist Jeff Dunham played alongside his wife, Audrey, and his oldest children, daughters Bree, Ashlyn, and Kenna. Because of how funny Dunham is, we knew were in for a treat during this episode!

Tune in to Celebrity Family Feud this Sunday to see what my daughters learned in college ?

While host Steve Harvey usually introduces the rest of the family, one of Dunham’s famous puppets insisted he help. To a round of applause, his grumpy friend Walter joined them to not only tell everyone who the comedian’s family was, but to roast Harvey a little bit as well.

The game show host was so invested in his conversation with Walter, that he forgot he wasn’t real!

It seems that Dunham isn’t the only funny person in his family, because his daughter Bree definitely gave us a good laugh during her time at the podium.

“If kids ran the world, what would be the first thing they would get rid of?” Harvey asked. A little hesitant, Bree pressed her buzzer – then realized she didn’t know what to say!

“Aw, crap! I don’t know! Can I have a do-over?” she asked Harvey, to which he responded, “Have you ever watched the game?!”

It was a highlight of the night, that’s for sure!

Even with this hilarious flub, the Dunham family was still in the game! As luck would have it, they were one answer, and 4 points away from advancing to the Fast Money Round, and it was in the hands of – you guessed it, Bree!

With three of the four answers already on the board, the question was, “Name something you hope is as beautiful on the inside as the outside,” and with hardly any hesitation, she said, “A fruit.”

Despite immediate laughter from her younger sister, Bree seemed cautiously confident in her answer, which turned out to be correct! Watch her huge and hilarious comeback in the video below.