By Miranda Raye on August 5, 2019
Advertisement 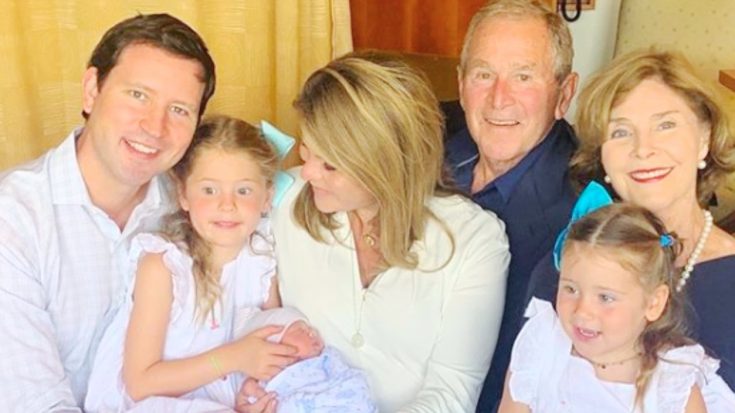 Today Show host and former first daughter Jenna Bush Hager and her husband, Henry Hager, welcomed their third child and first son on Friday (August 2). The pair announced the happy news on social media, and also shared what they chose to name their baby boy.

In a post she made to Instagram, Jenna revealed they named their son Henry Harold Hager, or “Hal” for short.

Welcome to the world my darling Henry Harold “Hal” Hager! Hal came into the world Friday, August 2, 2019 at 9:02am and our life has never been sweeter. ❤️❤️??

So what is the meaning behind baby Hal’s first and middle names? Well, as you can tell, his first name is in honor of his father. But it turns out the name “Henry” is one carried by many members of the elder Henry’s family.

“He is named Henry after many on his father’s side including his dear dad and his paternal grandfather,” Jenna explained while speaking to People about her son’s birth.

As for his middle name, “Harold” also has family ties, but to Jenna’s family instead of Henry’s. Jenna told People the name is in honor of her maternal grandfather Harold Welch, who never got the chance to pass the name along himself.

“Harold comes from my maternal grandfather, Pa, who I loved dearly and was unable to keep a son long enough to name,” Jenna told the publication.

Since they will be calling their son “Hal” for short, Jenna and Henry’s daughters, Mila and Poppy, have already come up with a nickname for him. “His sisters are thrilled to have a little brother and already nicknamed his nickname, exclaiming ‘welcome to the world Hal Pal!‘” Jenna said.

And our world made even sweeter when our girls met their baby brother.

We’re sure some of you were probably expecting Jenna to name her firstborn son after her father and grandfather, President George W. Bush and President George H.W. Bush. It turns out that Jenna’s father thought the same way.

Joking with USA Today, Jenna said, “My dad was a little mad that the name wasn’t George.” She then went on to add that he still approved of Hal’s name, saying, “He said it was a cool name.”

Do y’all think it’s a cool name as well? You can learn more about the arrival of Jenna’s baby boy by tuning in to the video below. Congratulations to her and her family!

She shares the story behind his name, how her daughters are already the best big sisters and more. pic.twitter.com/FfjpNDDhxL