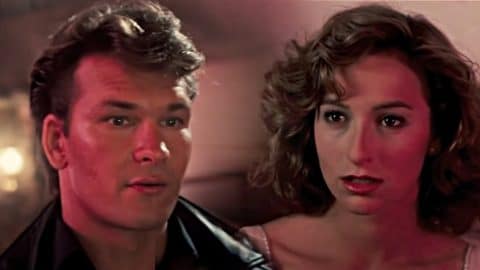 Dirty Dancing is one of those classics that you can watch over and over again but did you know there was one scene that Patrick Swayze was against doing?

It all had to do with a signature phrase his character would deliver.

Swayze was strongly against saying Johnny Castle’s signature line “Nobody puts Baby in a corner.” He described it in his own autobiography as being “corny.”

His co-star, Jennifer Grey recently gave even more insight on the matter during an interview with Yahoo Entertainment.

“Patrick didn’t want to say it, and I didn’t blame him!” she confirmed. “He did really great by it. For some reason, there are certain things that feel bad when you’re doing them, you have no idea how they’ll resonate in the world.”

She went on to say that that famous line means so many things to so many people:

“There are so many ways that we put ourselves in the corner or we think other people are putting us in the corner, and unless we agree with them that we belong in the corner, then they really can’t — they don’t have that kind of power. But you have to be able to recognize that you don’t belong there.”

Rewatch the classic line in the video below.