By Jennifer Pernicano on August 29, 2019
Advertisement 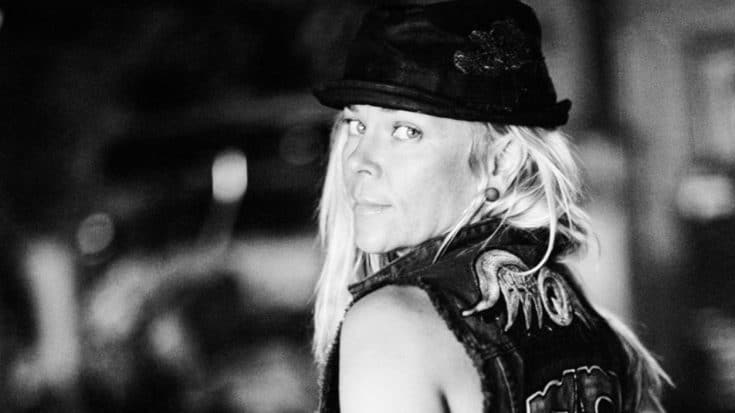 While attempting to beat her land speed record of 398mph on Tuesday (August 27), she crashed her vehicle in the Alvard Desert, which is roughly 90 miles south of Burns, Oregon – a place she so often drove. According to ABC 7, “The Harney County Sheriff’s Office said it was called to a scene of a fatal crash. [She] was identified as the sole fatality connected to the accident.”

A member of her team, Terry Madden, confirmed her passing on Instagram Wednesday morning.

“So I don’t know how to say any of this but it all needs said. I have never loved or been loved by anyone as much as this amazing woman @thejessicombs she was truly my unicorn and I enjoyed every single minute that I had with her,” he wrote accompanying a video collage of her. “She was the most amazing spirit that I have ever or will ever know. Unfortunately we lost her yesterday in a horrific accident, I was the first one there and trust me we did everything humanly possible to save her!!”

So I don’t know how to say any of this but it all needs said. I have never loved or been loved by anyone as much as this amazing woman @thejessicombs she was truly my unicorn and I enjoyed every single minute that I had with her. She was the most amazing spirit that I have ever or will ever know. Unfortunately we lost her yesterday in a horrific accident, I was the first one there and trust me we did everything humanly possible to save her!! I’m not ok, but she is right here keeping my going-I made her a promise that if this didn’t go well that I would make sure and do good with it, please help me with that, you are all going to see things on news please believe non of them.. we the family have drafted a release and it will come out today with more proper info, but I was just woke up by the media tracking me down and I need everyone of her true friends to do what she would want “take a deep breath, relax” and do good things with this. Please donate to nothing, I know there will be people try, we are finishing the documentary as she wished and the world will know the truth and her foundation will use those funds to do amazing things in this world and make her legacy live on properly. In the coming days her family and I will get the proper channels put together that you can then donate to that foundation but until you hear it from me wait please-I don’t want some asshole profiting off this (all ready had one try to sell us a video)… . . Love you all and thank you all for being such amazing friends to her, she dedicated her life to helping support others dreams and I promise I will continue that.

Combs was trained in fabrication and hot-rod building at WyoTech, making a career in hosting, building, and being a technical expert on shows like Xtreme 4×4, Overhaulin’, Truck U, and Two Guys Garage. She then starred in Velocity channel’s All Girls Garage and was a host and builder on Discovery Channel’s popular show Mythbusters.

She also competed in a variety of racing events. She became the first woman to place at Ultra4’s King of the Hammers, and performed very well in every race she entered including the Baja 1000, Rallye Aicha des Gazelles, and was the very first woman to race in The Race of Gentlemen.

The cause of the crash is still under investigation.

Tributes from fans and friends began rolling in, and her family has finally released a statement to Jalopink, a car publication.

“It is with extreme grief, and in celebration of her life that her family and close friends share that race car driver, and TV personality Jessi Combs, passed away in a fatal crash, where she was pursuing a land speed record in the North American Eagle on August, 27th 2019 on a dry lake bed in Oregon. The details of the crash have not been released at this time.”

Jessi was known for her bright smile, positivity, and tenacious pursuit of the fulfillment of her dreams. Her drive was infectious, and she served as a role model for young Girls, and Women around the world. People that loved her and followed her became family, all bonded together by adventure and passion. Her fans adored her, and she lived to inspire them. Jessi’s most notable dream was to become the fastest woman on Earth, a dream she had been chasing since 2012. Combs was one of the rare dreamers with the bravery to turn those possibilities into reality, and she left this earth driving faster than any other woman in history.

Surrounded by her family and friends at the time of her passing, Jessi lived fearlessly and her legacy lives on in the countless lives she touched.

Jessi is known for her hosting work on television series including “All Girls Garage”, “Overhaulin’ “, Extreme 4×4 and Autoblog’s “The List”.

A celebration of Jessi’s life in being planned and a foundation is being created to continue her efforts to empower women and young girls to follow their dreams.”

Our thoughts and prayers go out to her family, friends, and loved ones.