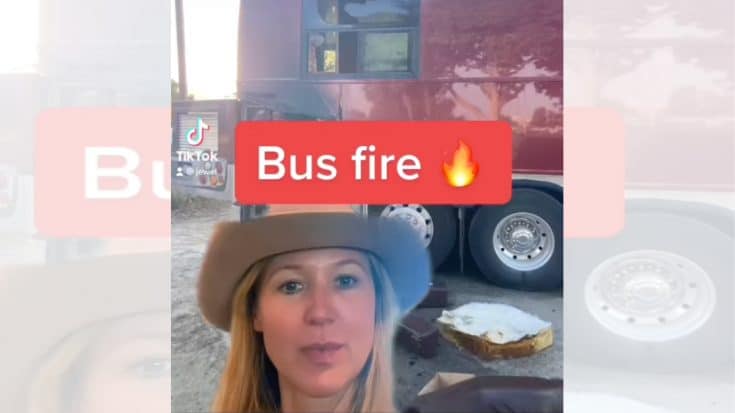 A tour bus belonging to “Foolish Games” singer Jewel Kilcher caught fire in a hotel parking lot in the middle of the singer’s summer tour.

Jewel, who is currently on the road with Train, Blues Traveler, Thunderstorm Artis and Will Anderson for their AM Gold Tour, shared news of the fire on social media Saturday.

“We had a full bus fire. Nobody was hurt. It happened on an off-day. In the parking lot of a hotel,” Jewel said in a video that showed photos of the burned bus. “The fire department came. Everybody is safe. We saved the vintage guitar and guitar amp. All is well that ends well.”

Text overlay on the video shared that the hotel’s front desk workers saw the fire and called the bus driver and the fire department. Jewel also called her bus driver a hero for saving her vintage guitar gear.

Jewel grew up singing country music in Alaska and was strongly influenced by the likes of Loretta Lynn, Merle Haggard and Kris Kristofferson. But, she found her initial fame as a multi-genre artist by charting songs on the hot dance and club charts as well as adult contemporary with hits such as “Foolish Games” and “You Were Meant For Me.”

In 2008, Jewel released her first country album, Perfectly Clear, and it debuted at the top of the Billboard country chart.

“A lot of the time she’s portrayed as a woman that married the famous Johnny Cash, but she was a famous artist in her own right, and famous before marrying Johnny,” Jewel tells The Hollywood Reporter. “She gave up quite a big career to focus on being a wife and making her marriage work. She was a modern woman — she was divorced and supporting two children — but did something very traditional when she met Johnny. It’s an interesting dichotomy.”

See Jewel as June Carter Cash in the clip below.