By Manly Bryant on July 3, 2019
Advertisement 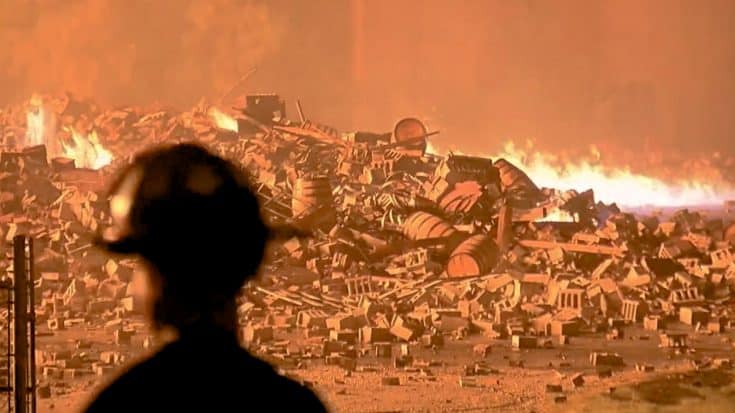 Everyone likes their bourbon aged and one of the top-selling American bourbons has massive facilities set up to age their bourbon in preparation for it to be bottled and sold. But, these Kentucky barrel houses caught fire late Tuesday (July 2nd) – and it seems nobody will be drinking any of this bourbon.

According to WLEX in Lexington, Kentucky, two barrel houses at this Jim Beam aging facility caught fire late Tuesday night after a small fire started and then quickly grew and spread.

Fire crews were dispatched to handle the blaze and were seemingly able to extinguish the blaze in one of the buildings, but the other barrel house was still burning on Wednesday morning.

Right now, investigators suspect the cause of the fire was a lightning strike, but they have not issued a formal statement and the case is ongoing.

The blaze, which was fueled by lots of wood – and obviously, lots of booze – is continuing to be battled by crews to get it fully handled. Firefighters will probably be working the site all day and likely remain late into Wednesday night due to the challenging circumstances.

It remains to be seen if this will affect Jim Beam’s ability to stock shelves and deliver the product to establishments.

RIP all the bourbon.

UPDATE: Jim Beam Released A Statement About The Fire